DVD Review: ‘A Most Wanted Man’ 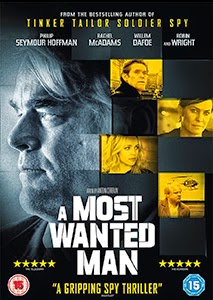 In the wake of terrorism, governments have been left to wonder how they missed crucial signs, what preventative measures need to be taken and what can effectively stamp out the destructive actions of a few. A Most Wanted Man (2014) is set in a post-9/11 Hamburg, Germany: on high-alert after allowing plotters involved in the New York attack to work right under its nose. Adapted from John le Carré’s novel of the same name, the film seeks to explore the war on terror from a new perspective and contemplates just what toll espionage takes on those who are caught in its web. Chechen Muslim Issa Karpov’s (Grigoriy Dobrygin) arrival in Hamburg is an ominous one. 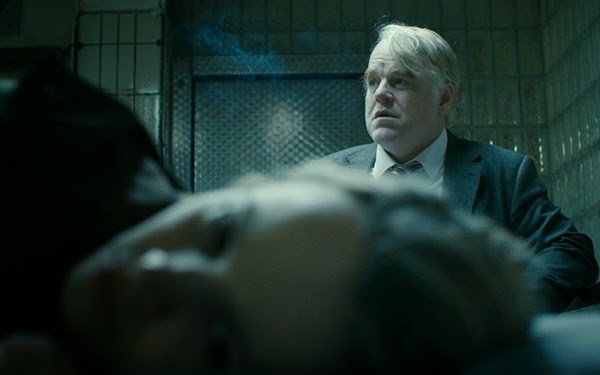 With him he brings a history of torture and threat, coming under the investigative eye of Günther Bachmann (Philip Seymour Hoffman) and his network of German spies. Bachmann wants to see if Karpov may link to possible terrorist activity and even back to a Muslim philanthropist funneling funds to terrorist organizations. Karpov unwittingly throws a wrench into those plans by seeking asylum and claiming inheritance of a large fortune left by his father. It seems that the use of this inheritance will truly decide Karpov’s fate. Drawn into this investigation are left-wing lawyer Annabel Richter (Rachel McAdams) and banker Tommy Brue (Willem Defoe). Both willing but green in their servitude, Bachmann creates out of them formidable acolytes to his cause.

Worn out and careworn: The city of Hamburg and Günther Bachmann are one and the same in these regards. Director Anton Corbijn paints his Hamburg in muddled yellows and blues: a city that is equally sick with anxiety and turmoil. Bachmann et al are tireless but fraying around the edges. The years of dedication to one cause wears on their faces, curled around CCTV screens with hunched shoulders; watching, waiting. But the hunt for the truth is paced so slowly, there is danger of the burn fading. The narrative delves deep into this world of secrets and lies, but the danger never feels especially imminent. Here, espionage is almost too well oiled a machine – the plausibility stretches. The script in turn suffers with dialogue and plot verging on the academic.

What tethers it in reality is a solid performance from Hoffman. Cool, rational and tough, he creates a spy that would be easy to work with, who could keep colleagues in check without scaring them away. This is not merely an exhibition of talent; Hoffman is worth the price of admission. Corbijn’s take on le Carré is one with a light and bloodless tread that suggests he errs on the side of caution for fear of not getting it right. As a result character development and any steady build of tension are sacrificed. Nonetheless, while it may be a minor adaptation of the le Carré canon, A Most Wanted Man is a tidy espionage drama that succeeds in raising questions about the cost of particular choices and what must be paid as the price for safety.