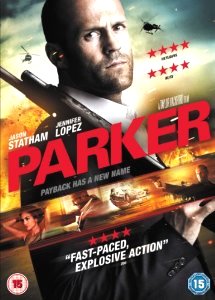 Jason Statham bulks up his repertoire of hard-cases, this time stepping into the well-worn shoes of the eponymous anti-hero from the series of crime novels from the late Donald E. Westlake. Unfortunately, this version eschews taut, pulp-y thrills for tiresome, big action beats, injecting little life into the powerful source material. Although adapted from a different novel to those previous incarnations of the character, Parker (2013) still adheres closely to the same double-cross revenge angle, with a career criminal (Statham) on the hunt for his fellow gang of thieves who leave him for dead following a jewellery auction heist. 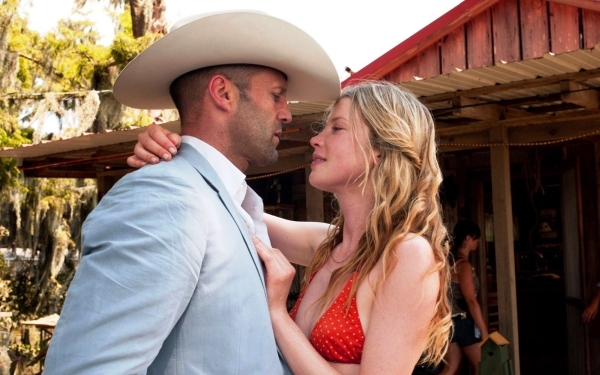 Bolstered by a seemingly Crank-like resilience to pain, Parker sets out to the luxurious streets of Palm Beach, Florida (a strong sense of locate is the film’s biggest asset) to take back the share of what is rightly his. Relying on the help of his mentor (Nick Nolte at his most craggiest yet) Parker finds surprise support from a wily real-estate agent (Jennifer Lopez) who is looking for a cut of the action in return for her assistance. In what could have been a fun throwback to the 70s era of hardboiled cinema, journeyman director Taylor Hackford fails to coax out the intrinsically noirish elements of the material, bringing little personality or imagination to the table. His efforts are also thwarted by the thundering soundtrack.

Statham gives it his all (thankfully, he isn’t hindered by having to give us another American accent) but there’s little room for him here to develop his acting chops. Lopez (channelling 1990s Sharon Stone, looks-wise) is woefully miscast as the dowdy, unlucky-in-love potential partner-in-crime, and possible love interest. The biggest shame, however, is the waste of a fine supporting cast (Michael Chiklis, Clifton Collins, Jr. and The Wire’s Wendell Pierce are amongst the gang) who are all relegated to snarling, one-note villains, without a single iota of interest.

The gory, gratuitous bursts of violence are distracting in the wrong way, and director Taylor Hackford’s film ends up resembling the kind of insipid crime yarns which hover around the late night scheduling slots on Channel 5 and its two spin-off stations. Original author Westlake is offered a pre-credit ‘In Memoriam’, but Parker is far from a fitting tribute to this most talented of pulp crime writers.

Win a Blu-ray copy of Taylor Hackford’s Parker with our latest competition. Follow this link to enter.