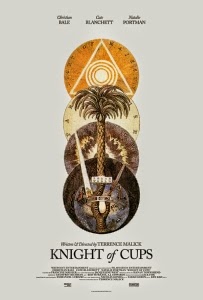 “You don’t want love. You want a love experience.” claims one of the characters in Terrence Malick’s Knight of Cups (2015), almost as if she were addressing the audience directly. A visual symphony for the melancholy of modern life, his latest poetically externalises the internal trauma of a secular society left rudderless in a world of mass consumerism. Malick has always been adroit at fashioning a caricature of even the tiniest of human emotions and by now fans of the director’s work will know what to expect. However, whilst it’s easy to get swept away in the ephemeral waves of time created, Malick’s singular approach often fails to connect on anything other than a visual level. 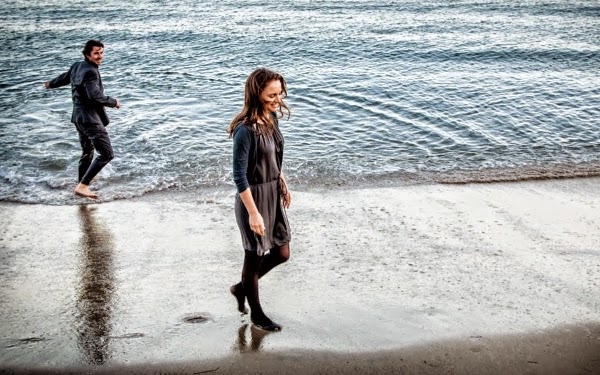 Our escort into this beguiling tapestry of existential suffering is Rick (Christian Bale), the film’s eponymous ‘Knight of Cups’; a tarot card that depicts a Adventurer on a quest for romance and seduction. Drifting like a ghost haunting his own vacuous life, Rick shifts from relationship to relationship, struggling to embrace love whilst simultaneously tussling with the conflicted feelings he has towards his distant father. Once again Malick relies on whispered voice-overs to ascribe a semblance of meaning to the film’s featherweight script with each shot carrying only a hint of the emotional undercurrent that drives the narrative forward. Malick’s recent output has been accused of self-plagiarism and Knight of Cups, with its sweeping vistas, and ethereal camerawork is no different.

However, when visual cadence such as this can turn the gaudy architecture of Las Vegas into somewhere that feels reverent and holy then it’s hard to criticise the director’s distinctive modus operandi. Each scene is presented like a taro card for the viewer to assign his or her own meaning. Occasionally this can lead to a profound and deeply personal connection to the film whilst at others it can feel like Malick is overreaching; with large swaths of the narrative washing over you like an agreeable summer’s breeze. As Malick has advanced through this uncharacteristically prolific period of his career he has also developed an almost pathological disinterest in his characters. Worse of all is his depiction of women, many of whom merely pass through Rick’s life like irresistible dressed entrées at a banquet, pirouetting in and out of focus and lacking any sense of agency. Towards the beginning of Rick’s quest for love and happiness a priest informs him “When you see someone beautiful, that’s your soul remembering the beauty it used to know in heaven.” It’s the sublime that resonates so profoundly throughout Knight of Cups – it’s just a shame there’s so little else to connect with.