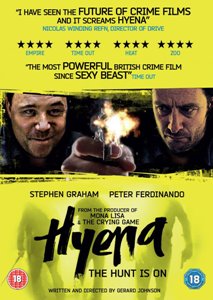 From the moody opening – a beautifully orchestrated slow-motion (and mostly silent) attack on a neon-lit nightclub – it’s immediately clear that Hyena (2014) is a film which is reaching for something outside of the usual overcooked efforts from a largely saturated genre. It offers the kind of brooding, full-bodied police corruption yarn that works perfectly in a US setting but can end up looking trite and contrived when done on UK soil. Thankfully, writer/director Gerard Johnson does a fine job of negating the genre clichés and builds up a very credible account of a copper on the edge without trying to mimic the State-side films he’s used as loose inspiration. 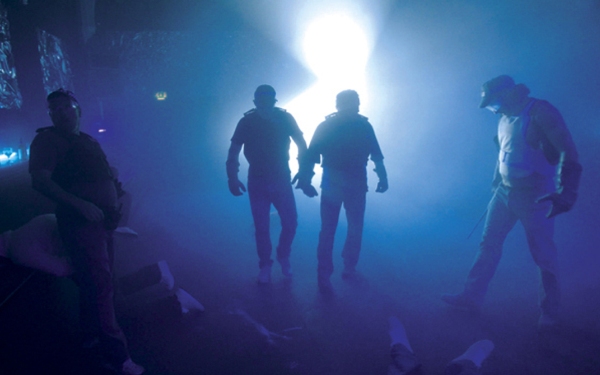 This feels like a very real representation of a contemporary London underworld, with various multicultural criminal factions carve out territorial space using some particularly grim and brutal methods. Moving around that space is Michael Logan (Peter Ferdinando), the leader of a special police squad tasked with smashing an Eastern European drug trafficking ring. It’s very evident from the off, however, that him and his geezers-in-detective-clothing crew (including Kill List‘s Neil Maskell) might be operating a little outside the law, skimming stolen money and dipping into their drugs haul. Owing to his voracious booze and coke intake, Logan labours under the delusion of invincibly. His world comes crashing down on him when business and work collides as he witnesses his drug-smuggling Turkish associate come to a sticky end via the actions of two burly, machete-wielding Albanians.

Paired up with a new boss DI David Knight (a wonderfully smarmy Stephen Graham), Logan struggles to reconcile his criminal actions with any remaining morals as he is drawn deeper into a convoluted mess. Johnson works in a creeping sense of malaise and dread as his lead character begins to unravel, not dissimilar to the world of Frank in Nicolas Winding Refn’s Pusher, a film with which Hyena shares some stylistic flourishes. Extremely well cast (using a welcome mix of professionals and first-timers in front of the camera) it’s Ferdinando, the star of the director’s debut feature Tony, who is truly revelatory. He’s on blistering form here as the bad lieutenant whose drug dependency spirals gloriously out of control as the film progresses (some of his furious nostril spooning would make even Tony Montana wince). Helped by a the terrifically atmospheric score from veteran UK new- wavers The The, Johnson has crafted a taut and nightmarish descent into hell, in a film which certainly belongs up there with the likes of Catch Me Daddy and Snow In Paradise as the very best of this year’s UK offerings, thus far.