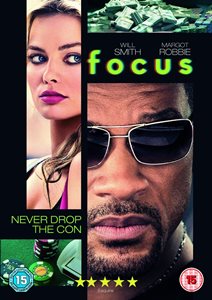 Lo and behold: Hollywood has produced the death knell in the slicker-than-a-baby-seal Focus (2015). It’s a good-looking genre piece, but the only con this film manages to pull off successfully in its 105-minute runtime is allowing the audience to think they’re watching worthy cinema. In reality, they’re just another of the film’s poor, duped marks. The plot centres on career criminal Nicky (Will Smith) and the woman he mentors – and ends up falling for – Jess (Margot Robbie). A failed con leads Nicky to taking Jess under his wing, introducing her to his large ring of con artist friends who make serious money lifting the goods from unsuspecting pockets. 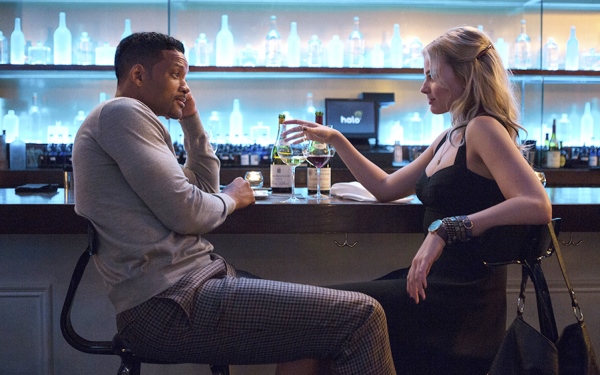 Inevitably (dare it be said, in a nauseatingly predictable fashion), Nicky falls for Jess. Despite their connection, he chooses to ditch her after they pull off a high-stakes con, leaving her dumbfounded and heartbroken. Three years later, they meet in Buenos Aires. Each is pulling the wool over a number of sets of eyes and motivations become murky in the Argentinian heat. The pacing and tone are off though, sacrificed in favour of showcasing the chemistry of its leads and the sleek sexiness of its on-screen world. Arguably, directors Glenn Ficarra and John Requa have delivered two films, oddly sewn together. The two clearly demarcated halves could stand on their own; there’s are enough narrative gaps that could have been filled to pad out two films, and way too many for this single effort to truly be a success. Rather, this writer/director team fumbles, choosing to glide over the finer points in favour of eagerly racing to the grand finale reveal.

What’s lost in the process in some much needed character-development and some more even pacing. Certain sequences take up to twenty minutes of screen time; time that could have been more favourably dedicated in other spots. The unfortunate choices to keep the locations fresh and appealing and, rather myopically, focus a little too closely on the ‘will they/won’t they’ relationship between Nicky and Jess seem to only hamper the film further. Moments of levity and witty banter flow from the pair quite naturally but this feels like a stolen rom-com element rather than something true to the nature of the film they are actually in. Robbie, in fact, may be the only one worth watching onscreen. Much like her commanding performance in The Wolf of Wall Street (2013), she cuts a thousand facets into her role as Jess, easily moving from cunning to vulnerable to deferential with aplomb. It’s a hearty shame that Focus fails to deliver on its promising premise. There’s plenty to mine from the heist genre and Smith and Robbie try their best with what they’re given. But the plot twists are silly, the development shoddy and overall, the film feels like one long con that falls flat until the very end.