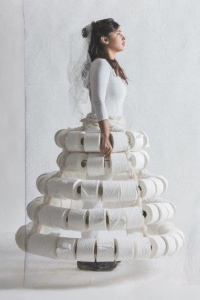 Nitzan Giladi’s fantastic debut feature Wedding Doll (2015), premièring at Toronto this year, is the second Israeli film in as many years to focus on the difficult relationship between a young woman with a mental disability and the family member living with and caring for her. Where Asaf Korman’s Next To Her (2014) mined the more unsettling recesses of a co-dependent relationship, Giladi has chosen to make a film all about the quest for independence. Of course, that is difficult in modern society when learning difficulties of any kind still come laden with all manner of stigma. “Weirdo!” is the cry of a young boy as Hagit (Moran Rosenblatt) revels in the sunrise. 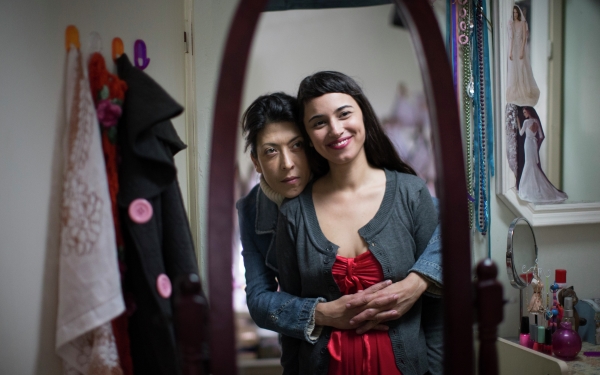 Giladi’s script does an impressive job of excavating the spectrum of different prejudices buried beneath the surface. These do not just come in the form of overt nastiness, but subtle put-downs and mistrust even from those who like Hagit and enjoy her company. Her mother Sara (played by renowned actress Assi Levy) is crafted with the most nuance – a strong but tired woman who longs for her own freedom, but equally cannot give Hagit hers through fear and guilt over how other people will treat her and have mistreated her in the past. A distant act of childhood vindictiveness unveils itself as the root cause of a Gordian knot of conflicting emotion that is expertly portrayed.

The setting is used to sublime effect by Giladi and cinematographer Roi Rot who capture its stark beauty but equally use it to reflect the sense of mental isolation and confinement felt by both Sara and Hagit. In Sara’s case she often cuts a forlorn figure against the overwhelming shades of brown, while Hagit – who is regularly dressed in vivid, brightly-coloured clothing – stands out, her joie de vivre fiercely evident. And that is really Giladi’s masterstroke. Hagit is not a victim, but a spirited and strong-minded young woman whose luminous smile is enough to charm even the most reserved of viewers. Rosenblatt is magnificent in the role; gawky, graceful and full of wonder. Aptly, Wedding Doll equally subverts expectations beginning not as a gloomy drama but as a tender romance. Hagit works in a factory that makes toilet rolls – from which she fashions the titular dolls – and is in love with the manger’s son, Omri (Roy Assaf). He is not entirely devoid of reciprocal affections, however, the reality of a potential future together is a difficult one to conceive – and Omri struggles to reconcile his own feelings with societal pressures. Hagit herself is too engrossed in her own romantic fantasies to understand the stark reality of her situation and it leads to a brilliantly stomach-churning amplification in drama in the final act. Wedding Doll may be a small film, but it’s deftly executed and built on two remarkable leading performances.