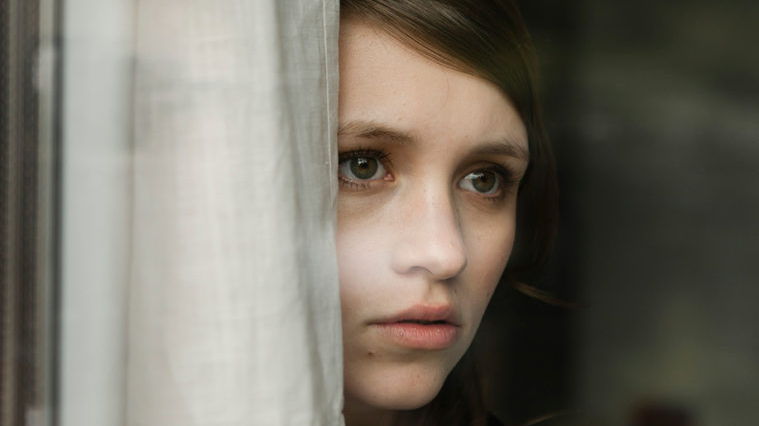 Deceit and callousness abound in Sebastian Ko’s psychological drama We Monsters (2015). It begins with an effective, open question which Marcus Seibert’s screenplay then continues to re-pitch and re-frame throughout its runtime; if your child murdered someone, what would you do?

It’s an intriguing premise which is regrettably let down by fairly pedestrian treatment. Seibert never really manages to fully engage with the incidental – and more interesting – questions that he raises and as the narrative proceeds down its predictably dark path, it never quite settles on its tone meaning that neither its drama, nor its black-comedy, land the required punches.

There’s a similar dichotomy to be found in Andreas Köhler’s cinematography, which maintains a cool distance but is still littered with handheld tremors that seem to be reaching for an intimacy that the screenplay never affords. If one was being particularly generous, it could perhaps be poised that such inconsistencies – or would that perhaps be ‘contradictions’? – are intended to visually and tonally echo the flip-flopping psychology of the teenage killer, Sarah (Janina Fautz). Fautz is excellent in the role, breathing utter believability into the surly Sarah and then perfectly conveying the strange personality shifts of shock, before revealing her true petulant vindictiveness and naivety.

Sarah grumbles to her father Paul (Mehdi Nebbou) about having to go to camp before they pick up her friend Charlie. Minutes later, they’ve stopped for a restroom break near a lake and Charlie has been pushed to her death from a dam. Soon, Paul and his ex-wife Christine (Ulrike C. Tscharre) are conspiring to keep the death a secret and protect their offspring. This is where We Monsters feels as though it is pitching to be a modern morality play, attempting to tie in past sins of both parents’ solipsism with their current scramble for familial preservation. Köhler’s compositions seem to lay options in front of them, the characters often shot small against an open space externalising their relative freedom. The underlying problem is that the screenplay off-handedly verbalises the points of interest in this discourse, though, confusing that with examining them in any meaningful way. This isn’t helped by the nagging feeling that this might have felt a lot more incisive were it to play as an absurd satire.

There are undoubtedly scenes that have inherent comic potential – Christine gamely trying to dissolve Charlie’s in acid while it keeps bobbing to the surface, for instance – but they are played far too straight. In the last ten minutes things do cross some kind of threshold, though this jars rather than chimes with what has to that point been an unremarkable drama. The interwoven narrative strand that sees Paul and Christine finally reconnecting over the cover-up of a murder admittedly has a rye element to it, and there’s a neat subversion of expectations regarding Charlie’s father. These – like Fautz’s characterisation – are successful pieces in an otherwise unconvincing whole, perhaps typified by a mishandled analogy regarding a butterfly’s metamorphosis that presumably should be profound, but is totally lost. The title suggests a bold thesis, but We Monsters hangs limp like a withered chrysalis.