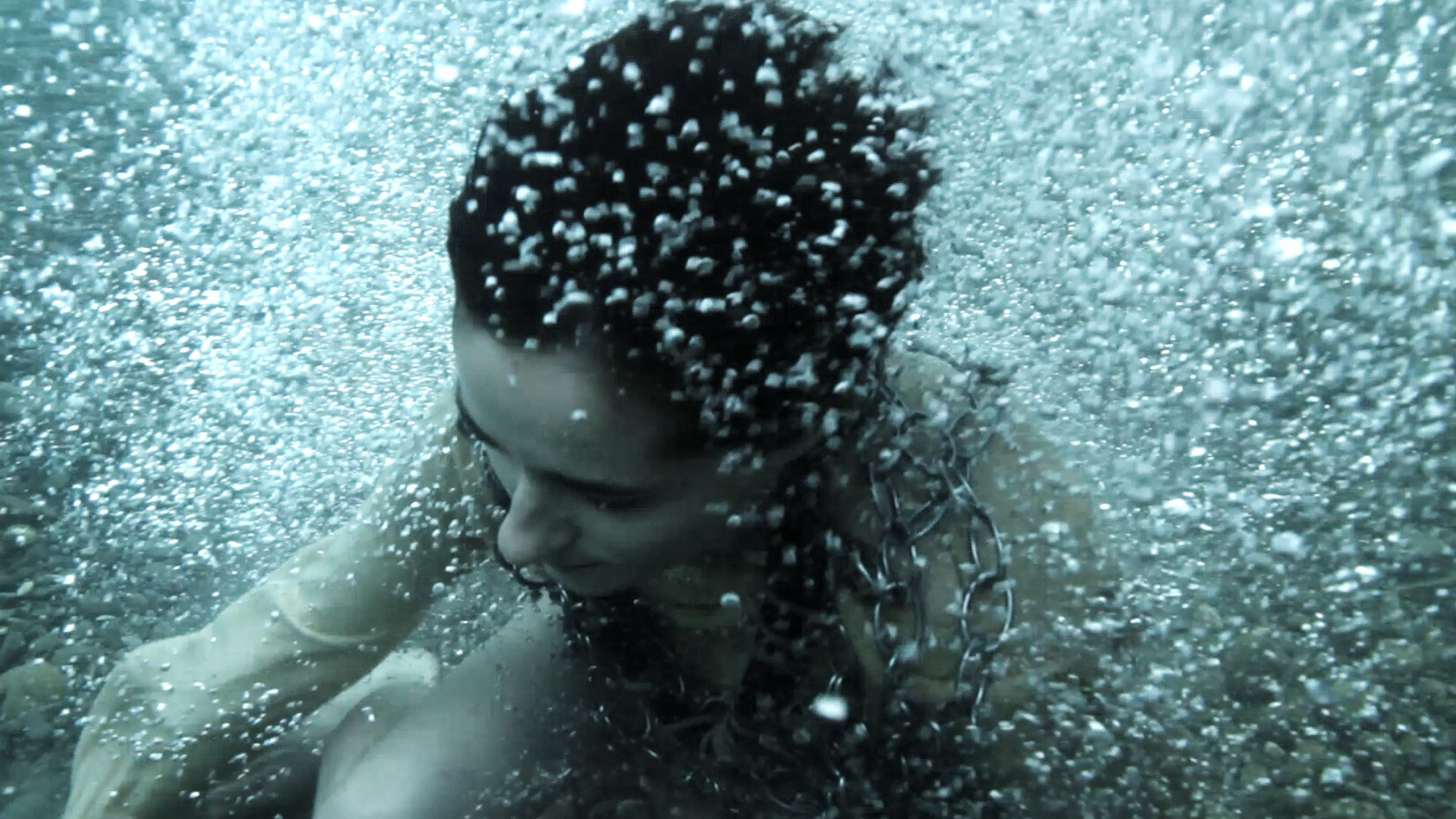 Italian director Marco Bellocchio makes his return with Blood of My Blood (2015), another typically anomalous effort being theme rather than plot-driven. Divided into two distinct parts, it’s bound together by recurring actors and the vampiric Count Basta (Roberto Herlitzka).

The first half of the film is set in the 17th century and tells the story of Benedetta (Lidiya Liberman), a young nun from the convent of Bobbio, accused of witchcraft and worshipping Satan. Man of arms Federico Mai (Pier Giorgio Bellocchio) attends her trial, which is conducted by Father Cacciapuoti (Fausto Russo Alesi) and to which an unnamed mysterious figure (Roberto Herlitzka) is witness for a brief moment.

The second half opens in contemporary Bobbio, where the convent is now a decrepit prison secretly inhabited by shady Count Basta (Hetlitzka again). Tax inspector and con man Federico Mai (Pier Giorgio Bellocchio) together with Russian millionaire Ivan Rikalkov (Ivan Franek) try to acquire the convent but are stalled by Count Basta and a meagre group of Elders, similar to a Masonic lodge, who are in control of the town. Bellocchio returns to the issues he knows he can tackle best: the overwhelming influence of religion over society, the corrupting nature of capitalism, the intrinsic violence in the act of obedience and the undemocratic role of political and economic hierarchies.

The story of Benedetta details the Catch 22-like trials that an alleged witch had to sustain in order to prove her innocence: guilty or not, she had to endure an intolerable amount of physical pain in order to cleanse her spirit. The feeling of injustice that the audience experience while watching the first part of the film is truly impressive, and the austere and gloomy visuals concocted by director of photography Daniele Ciprì help convey the idea that the Dark Ages were really, well, dark. But, Bellocchio also suggests, when the film moves on to its second – and less accomplished – part, similar kinds of injustice are happening today in our everyday life, and we do not seem to notice – or, if we do notice, we simply don’t care. Where as part one of Blood of My Blood is a parable, part two is a satirical coup de théâtre. Count Basta tries hard to keep the social and economic life of Bobbio and its citizens under the control of his elusive Foundation, and in doing so uncovers, for the benefit of the audience, the mechanisms of such power structure: fraud, tax dodging and bribery.

Keeping the people in the dark (most of the citizens of Bobbio have simply gone nuts and are disconnected from the rest of the world since the internet has been forbidden) guarantees social obedience. Aristocrats, politicians and corrupt members of the institutions are modern-day vampires that perpetuate a never-changing, and ultimately criminal, state. Not everything works in this film: the two sisters that assist Federico Mai (Alba Rohrwacher and Federica Fracassi) are underdeveloped, while the sociopath played by Filippo Timi is so annoyingly over-acted – as is the whole bunch of crazy people living in modern-day Bobbio. The deeper meaning might have benefited from a more explicit parallel between the film two halves, but in the end it surfaces loud and clear: we consider the Middle Ages finished but we are actually living a contemporary version of the same era. With Blood of My Blood, Bellochio has made a film about how resilient evil, corruption and human stupidity really are.