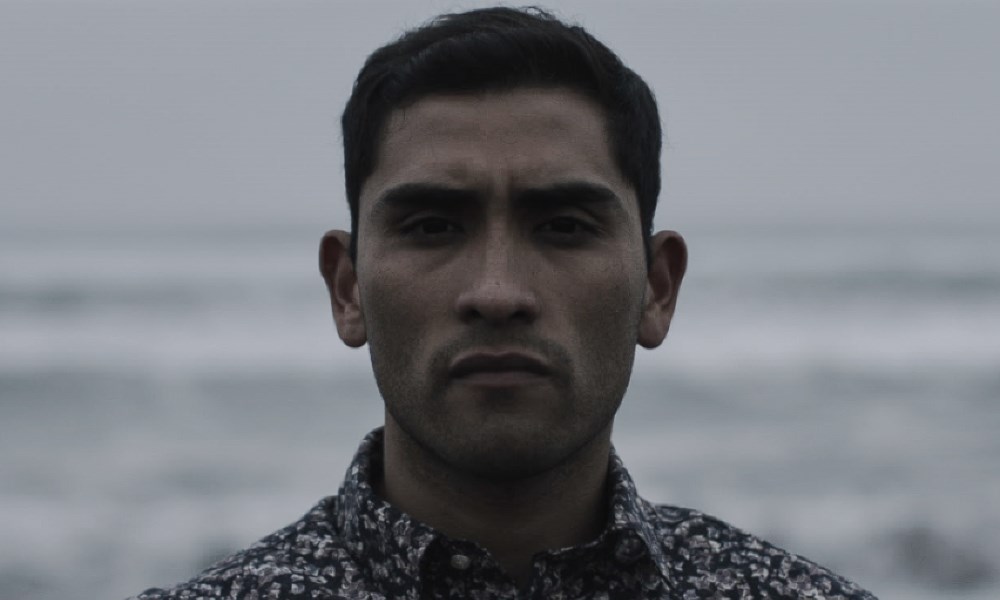 “Treat people the way they should be treated.” Worthy sentiment is turned ambiguous in Jorge Riquelme Serrano’s unsettling class conflict drama. As a member of the jet-setting bourgeoisie and somebody who comes across as a total snob, Paulina (Paulina Urrutia) thinks everybody should know their place. For Paula (Paula Zúñiga), Paulina’s lover, it means aspiration and equality. For their unexpected guest, Gastón (Gastón Salgado), the comment is reversed engineered class-based angst with a psychopathic edge: take from those who use the working class and discard them once you’re done.

Chameleon (Camaleón) begins with a series of intense close-ups set to blaring music. A drunken, perhaps drug-fuelled, individual asking a younger, handsome man if he loves him. The young guy is Gastón, who turns up the next day at Paulina’s house apologising for Franco’s behaviour. Paulina is accommodating, at least initially, but she locks into Gastón’s phoniness from the off. It’s as if she’s well used to her friend bringing rough trade to nice middle class shindigs. She may even find it all amusing.
While the film’s title could be in direct relation to Gastón, who comes across as polite and sympathetic while under snooty questioning by Paulina, and who may or may not be a male escort, the title reflects, too, in the ever-changing tones of the storyline and character developments. Paulina is the least sympathetic figure – Serrano practically goads us into not liking her at all – but when the wheels of power turn away, and truly despicable things occur, she becomes tragic, a person unable to put up a fight, compliant with Gaston’s demands, yet it’s easy to imagine her reeling from lack of foresight, even stupidity and naivety.
The home invasion movie usually contains a third act ‘fight back’ plot development, but Chameleon might be one of the few scenarios where the antagonist enters a home uninvited, terrorises people and yet comes away disgusted by his captives. Gastón thinks Paula – who is treated like a skivvy by Paulina – is just like him (a person used by middle class types), but her social aspirations clash with his nihilistic philosophy and outlook (if it can be called such a thing).
Paula’s response to Gastón raping her is so shocking, so wrong, it causes either a moral epiphany or a grand disappoint in him. Maybe both. For Paula’s domestic and social aspirations are at odds with Gastón’s scorched earth interactions with the middle class. Her lack of solidarity appalls him. In Chameleon, everything we assume or have been told about as fixed firmly in place – identity, morality, sexuality, social standing – is uprooted and investigated with stomach-churning results. It’s that very fluidity, those chameleon-like changes, which unsettle and linger. A bravura yet subtle film, Serrano’s tale of social boundaries and structures crashing down is insightful but thoroughly depressing.