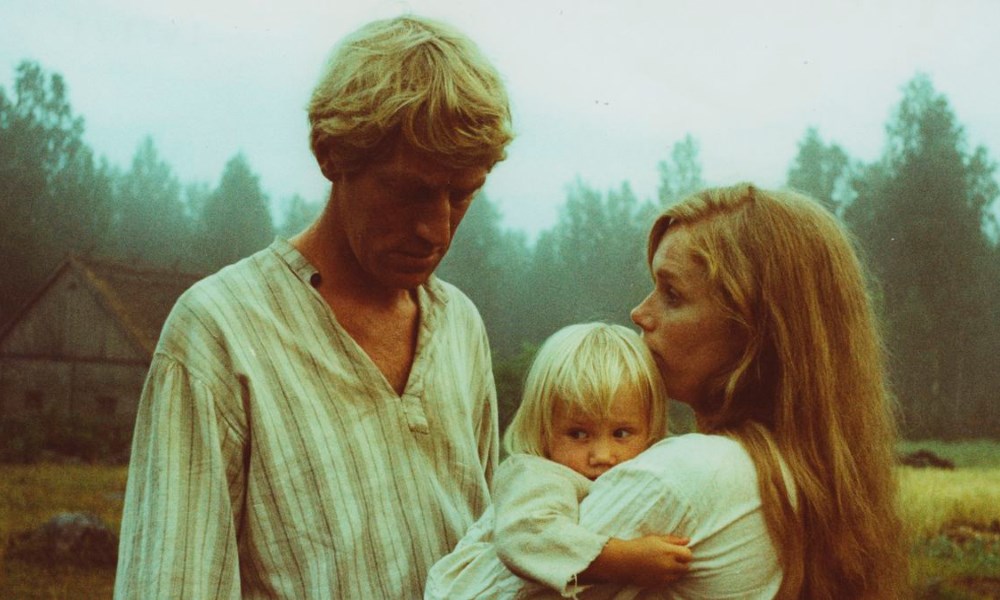 “Give me your tired, your poor, / Your huddled masses yearning to breathe free, / The wretched refuse of your teeming shore. / Send these, the homeless, tempest-tost to me, / I lift my lamp beside the golden door!” These lines from Emma Lazarus’ poem The New Colossus, inscribed into the pedestal of the Statue of Liberty, are testament to the immigrant as mythological figure. Migration is etched deeply into the American psyche and cinema is arguably the preeminent medium through which this most American of fables is told.

The Godfather trilogy, Once Upon A Time in America and the entire western genre are exemplars of an American cinematic tradition profoundly influenced by immigration, but nowhere has the experience of European emigration to America been told so forcefully and definitively as in Swedish director Jan Troell’s duo, The Emigrants and The New Land. Based on Vilhelm Moberg’s quartet of novels, Troell’s films chart the story of a family of mid-nineteenth century Swedish farmers who, driven by poverty, religious persecution and the ever present threat of starvation, make the perilous journey across the Atlantic to seek their fortune in America.

Travelling by sailboat, rail and on foot, it is an unimaginably epic undertaking; at a total of six and a half hours across both films, it is also quite the epic for the viewer. But while Troell’s saga is slow and deliberate it is never less than gripping. Eschewing the grand sweep of Westerns such as How The West Was Won, Troell shoots his epic through the lens of the everyday and mundane. Undernourished stalks of Swedish wheat tossed to the wind are afforded as much significance as the ten-week voyage across the Atlantic, the result being an intimate fable that never loses sight of the human experience – and cost – that drives the grander, mythic scale of the narrative.
Stunning compositions rooted in the existentialist traditions of Bergman abound, shot through with the Euro-Western flavour of Sergio Leone. Troell films family patriarch Karl Oskar (Max von Sydow) with an uneasy stillness, contrasted against younger brother Robert (Eddie Axberg) whose restless naivety is suggested with dream-like, experimental editing. Elsewhere, Liv Ullman is stunning as Karl Oskar’s wife Kristina, tragically melancholy as the voice of regret throughout both films, torn between the need to escape poverty and the need for her homeland. A late scene where the tasting of a Swedish apple temporarily transports her home, the shot fixed on her rapturous face, is gut-wrenching in its rendering of the tender pain of loss.
It would be easy to mistake The Emigrants and The New Land as nihilistic: rarely a scene goes by in its 390 minutes without some hardship befalling its characters. Rotten crops, barn fires, infant mortality and relentless drudgery are par for the course, and as contemporary viewers, we know that the promised land of milk and honey is little more than a fantasy. But amongst the hardship and strife there is profound meaning and achingly incremental gain. An origin myth with all of the power of John Ford but none of his sentimentality, The Emigrants and The New Land are the definitive telling of the fable of the American immigrant.