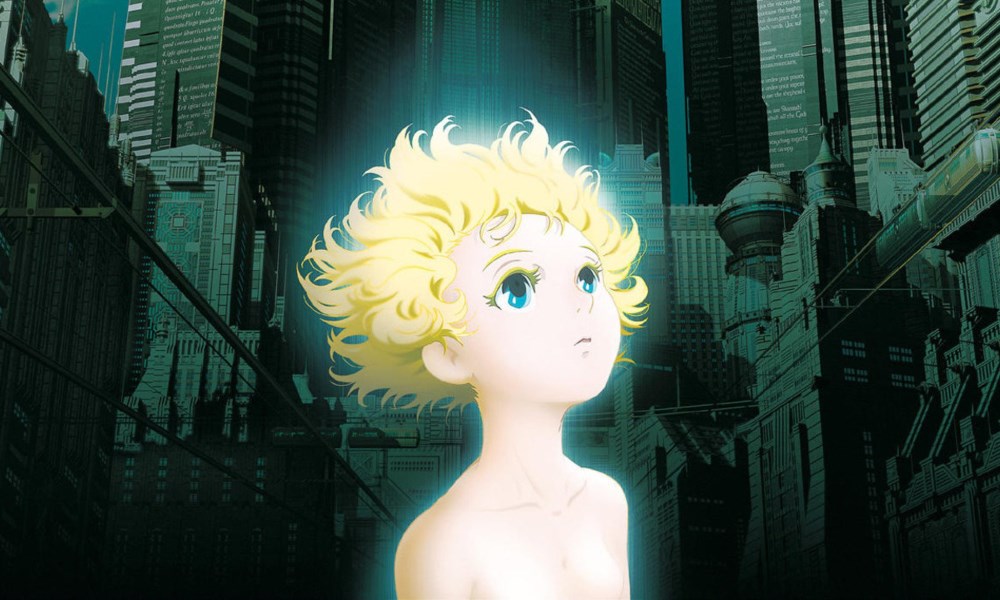 Japanese director Rintaro’s anime feature Metropolis, adapted from Osamu Tezuka’s 1949 manga, is a spectacular if tonally incongruous reworking of Fritz Lang’s 1927 original, with Rintaro’s Metropolis taking its cue from the Lang’s visuals and political and philosophical themes while distilling elements of the original’s plot and characters into something quite new. The most striking and interesting departure is in Tima (Yuka Imoto), the robot girl created by the mad scientist Laughton (Junpei Takiguchi) as the replacement daughter for Metropolis’ despot-in-waiting, Duke Red (Tarô Ishida).

Unlike False Maria of the original Metropolis, Tima is an innocent – more Pinocchio than cyber-seductress. However, the autocratic Red is obsessed with her ascension to the Ziggurat – his super-skyscraper and symbol of ultimate power – as a super being to rule the world. This causes problems for the reactionary Rock (Kôki Okada), Red’s adopted son and tacit leader of the anti-robot political party the Marduks. Meanwhile, revolution foments in the city’s underbelly, as robots and an underclass of humans languish in deprivation and oppression.

It’s all very reminiscent of the original, filtered through the stylistic idiosyncrasies and visual tropes of anime, and not without charm. Lang’s monochrome art deco world is reborn as a cornucopia of colour, with each of the city’s distinct zones served extremely well by cinematographer Hitoshi Yamaguchi and art director Shûichi Hirata. In addition, the gorgeous and striking blending of traditional animation and CGI recalls both Blade Runner and The Matrix in equal measure, films themselves inspired by Japanese anime cinema.

But where the original film used its straightforward plot to tell its fable about technology and exploitation, Metropolis 2001 is a morass of philosophising, convoluted politics and twisting plots, some of which work, but many feeling undercooked. The Marduks, for example, are referred to as fascists, but we know very little of their political aims or ideologies, save for an apparent distaste for robots. Meanwhile, there is little meaningful exploration of the robotic underclass’ plight or of their fractious relationship with the humans living alongside them in the city’s underbelly.

More successful are the relationships between individual characters: Rock, a spoiled, violent brat yearns for the affection and approval for his adoptive father, the denial of which leads him to ever more extreme actions. Elsewhere, Tima’s bond with her youthful rescuer, Kenichi (Kei Kobayashi), is tender and nuanced. It’s a welcome departure from the angel / devil dichotomy of the original’s Maria, although Tima’s fate, a spectacular and terrifying fulfilment of her destiny, is cut disappointingly short in favour of an upbeat but tonally askew ending. Lacking the sheer visceral thump and mind-bending power of cyberpunk classics such as Akira or Ghost in the Shell, Metropolis is nevertheless a gorgeous and accomplished work.