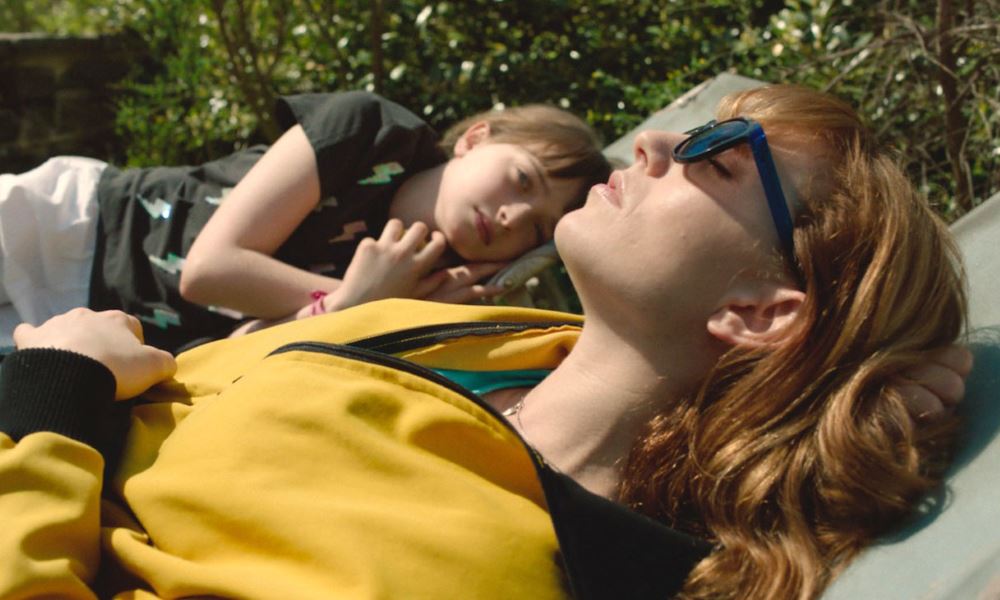 Laura Schroeder’s Barrage, the intriguing tale of three generations of women navigating the roles of mother and daughter, has gained a lot of attention due to the casting of Isabelle Huppert opposite her real-life daughter Lolita Chammah. Sadly, Huppert’s role as Elizabeth, the film’s domineering matriarch, is resigned to fringes for much of the runtime – although her presence can be felt in the mannerisms inherited by Chammah.

Playing out like a two-handed road movie between Alba (Pauwels) and her wayward mother Catherine (Chammah), Barrage is a film full of secrets and nagging self-doubt; an uncanny portrait of a fractured family that aims to frustrate basic assumptions about motherhood. Set over the course of a couple of days, the film initially keeps its cards close to its chest but it eventually transpires that Catherine has returned to Luxembourg to reconnect with her daughter, Alba, who up until now has been raised by her grandmother, Elizabeth (Huppert). The reason behind Catherine’s absence remains a mystery almost throughout. At one point, Alba is overheard explaining to a friend that Catherine is actually famous pop singer and spends most of her time touring the world.

It’s a lie that initially feels like it could be true, with Catherine wearing the gaunt and weathered expression of a rock star on the road to recover after years of substance abuse. The fact she’s constantly popping tablets to ward of her “dark thoughts” does little to dispel this illusion. However, Catherine’s past is irrelevant and Schroeder is far more interested in understanding how Catherine could have abandoned her daughter rather than why. Elizabeth, believing Catherine’s capacity for error to be boundless, is at first reluctant to let Alba meet her mother but begrudgingly agrees to a short reunion in a nearby park. Sadly, it doesn’t go as planned, with Catherine kidnapping Alba in the hope that spending more time together will forge a stronger bond between them.

To begin with you could cut the atmosphere with a knife. Alba is everything Catherine isn’t: reliable, hard working and a goody two shoes, something evidenced in her insistence on practising the painful chair exercise Elizabeth once enforced on Catherine. Thankfully, Barrage’s languid pace leaves plenty of time for introspection and eventually Catherine and Alba begin to see their own insecurities and eccentricities reflected back at themselves, resulting in some genuinely tender moments. Shot in Academy ratio by French cinematographer Helene Louvart, this tight, constrictive framing culminates in a photo album of a fractured family.

It also makes it almost impossible for all three women to be in the same frame together. In fact, it happens only twice throughout the entire film, each time merely to facilitate the exchange of Alba from one mother figure to another. Sadly, Schroeder lacks the confidence required to elevate this average drama into something more substantial. Barrage’s over-reliance on music to express emotions already articulated clearly through the psychological complexity of Pauwels and Chammah’s performances is also cumbersome. This is an overwrought inquiry into inherited anxieties and what becomes of damaged daughters when they become damaged mothers.