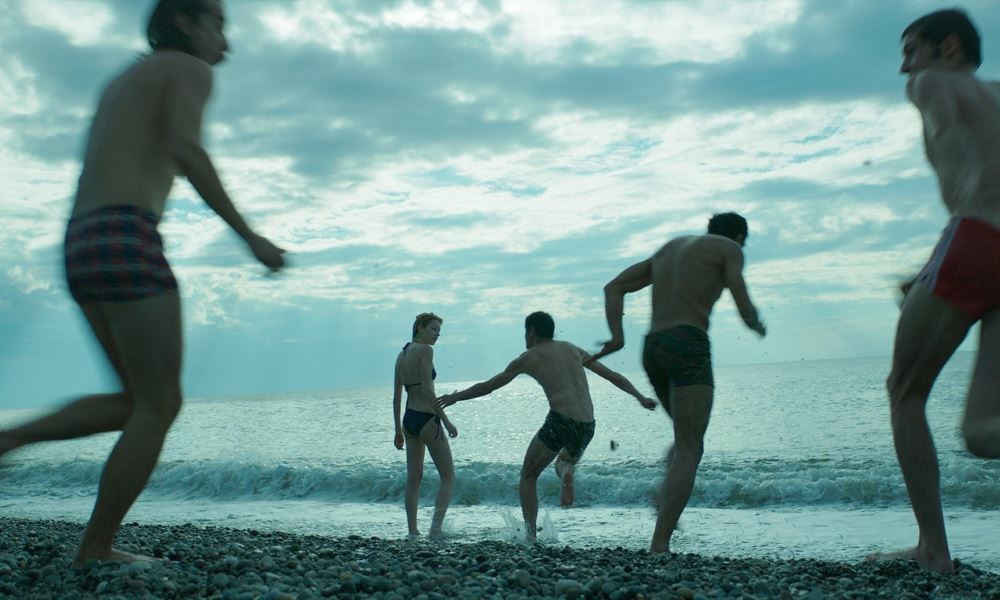 In 1983, a group of young people from relatively privileged backgrounds attempted to hijack a plane and fly to the West from Soviet-controlled Georgia. With his fourth feature Hostages, Rezo Gigineishvili gives a bleakly thrilling account of the tragedy and how it unfolded. We first meet our angry young people on a beach. A wintery splash in the sea is interrupted by the arrival of soldiers. As they scramble to get their clothes under the eye of the police dogs, we have an inkling of a life lived in a police state.

Their parents are mostly successful – a television producer, a doctor, intellectuals and artists who have opted for what was once called “internal emigration”: a retreat from politics into private life. Meanwhile, their grown children along with other disaffected friends plot their escape. Small acts of rebellion spook the wary parents: the trip to the sea, the ownership of a Beatles album, passed reverently from hand to hand, attending and serving at a church service. The KGB are already having friendly chats. Steps will need to be watched. Maintaining their cover, the film doesn’t delve deeply into the why. And even the how – it’s soon revealed – perhaps hasn’t been dealt with adequately.

The young actor Nika (Irakli Kvirikadze) is to marry Anna (Tina Dalakishvili) and they will use the honeymoon, accompanied by their friends, as the moment to hijack the plane. The wedding is a nerve-wracking event of dancing, celebration and secret farewell, not only to their as yet ignorant families but also to their alternative lives as happy Georgians knuckling down and waiting for history to do its thing. Their half-cocked plans and completely unreal expectations about the consequences on their family, not to mention their insouciant attitude to involving unwitting friends could have the effect of making them unsympathetic to the audience. But it is their amateurishness and fear that redeems them. At one point during the hijacking, a passenger will escape and the two newlyweds, now state criminals, burst into laughter.

The film is handsomely shot by Vladislav Opelyants. His camerawork captures the sweaty intensity of the hijack – the detail of the period is vibrantly realised – but also gives us the wide-open spaces of Georgia which, with their sublime blankness, are paradoxically oppressive. Gigineishvili and Avtandil Makharadze’s script moves across a large range of characters and although we never delve deeply into motivation, the film manages to convey the desperation as well as the wrong-headedness of the main characters. The ‘hostages’ of the title aren’t so much the innocent passengers caught up in the hijacking but the family and parents of the hijackers, as well as perhaps the hijackers themselves.