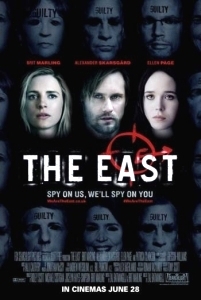 The gravitational pull of cults served as the premise for director Zal Batmanglij’s previous collaboration with writer/actress Brit Marling, 2011’s Sound of My Voice. The pair still appear to be seduced by the subject matter, but whilst The East (2013) may appear to be a more lustrous and self-assured creation, this ambitious thriller lacks the gritty undercurrent and ingenuity its creative duo are clearly capable of. Highly reminiscent of Sound of My Voice, The East sees Sarah (the false pseudonym of Marling’s undercover operative) attempting to win the trust of an anarchist group known for attacking major corporations.

Environmental issues appear to be top of the agenda, but whilst inherently present in the film’s narrative itinerary, The East never pushes its message further than a mere motive for the guerilla ‘jams’ the group undertake. The radical collective’s main targets are conglomerates that have somehow poisoned the Earth – be it through unreliable pharmaceuticals or polluting our environment. Despite being a stereotypically ragtag bunch of radical free-thinkers, it doesn’t take straight-laced Christian Sarah too long to assimilate into their furtive operation. 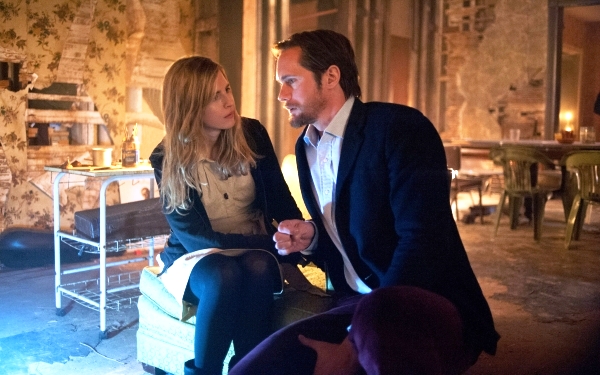 Whilst it’s a little difficult to comprehend why this high profile, incredibly organised and intelligent terrorist cell would welcome a stranger into their midst so openly, it’s nowhere near as preposterous as Sarah’s swift political U-turn. Whilst each character is fairly well-crafted, the level of emotional connection shared with any of them is minimal, making Sarah’s eventual ‘seduction’ into this radical way of life a little hard to swallow. There’s no wrestling with her conscience, no enchanting leader to seduce her, nor any life-endangering sacrifice to supplement her decision; merely a brief, erotic fumble in a sun-drenched meadow that’s both unexpected and subsequently barely mentioned again.

Whilst these implausible actions frustrate, Batmanglij’s The East features enough tension and engaging characters to hold your attention until the bitter end. However, for those wooed by Sound of My Voice’s shrewd and innovative approach, this is nothing more than a vague disappointment. Add to this the distressing realisation that whilst Marling is perfect at playing the moody, mysterious heroine (as seen in 2011’s Another Earth) her acting abilities don’t appear to range much further than that – a major stumbling block for a film which demands your emotional investment in its protagonist’s crisis of conscious.

A perfectly functional, if somewhat underwhelming thriller, Batmanglij’s The East feels all too much like a more grown-up and less naive version of the director’s previous outing. Unfortunately, by attempting to appear more serious and mature, the original excitement and imagination has somehow vanished, revealing little more than the hollow shell of two of American cinema’s most previously promising prospects.

This review was originally published on 20 June, 2013, as part of our Edinburgh International Film Festival coverage.