Berlin 2017: When the Day Had No Name review 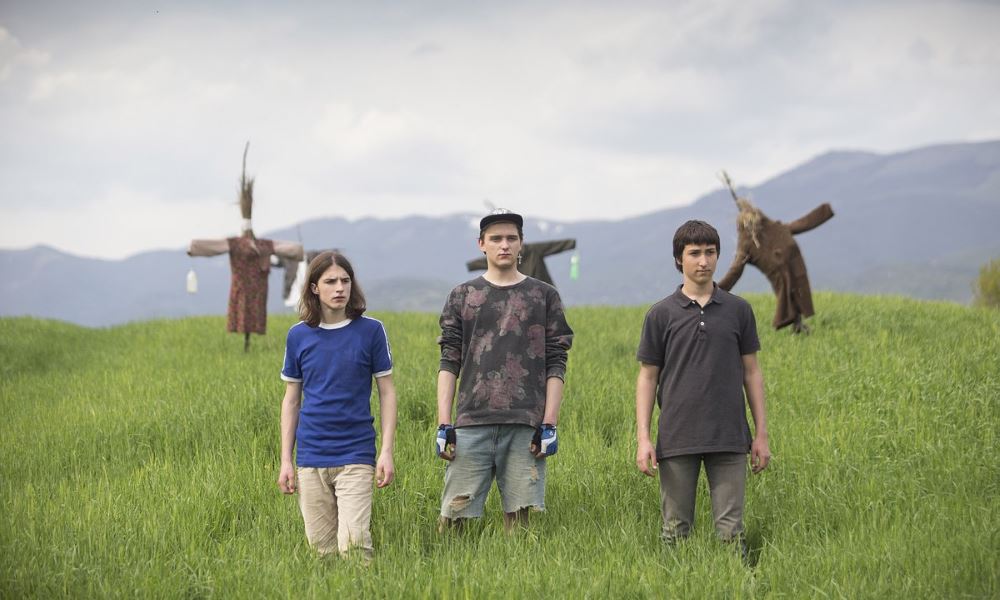 In 2012, the bodies of four teenage boys were discovered on the outskirts of the Macedonian capital of Skopje. They had left home the previous morning to go on a fishing trip, but were found lying on the bank of the lake with bullet holes in their heads. Teona Strugar Mitevska’s When the Day Had No Name is a fictional account of that day, but the Macedonian director isn’t interested in resolving this unsolved crime, she’s far more concerned with understanding how a world built on violence breeds more violence. The film opens with the sound of four gunshots, before a title card details the gruesome real-life events that inform the narrative.

Mitevska then backtracks 24 hours to introduce Milan (Leon Ristov) and Petar (Hanis Bagashov), two teenage boys living disparate lives. Milan, lives in a newly built mansion with a step-mother he can’t bare to talk to whilst Petar’s is a more unassuming life in a cramped apartment with his catatonic mother who appears to be lost in a permanent pharmaceutical sleep. The story cuts between these two boys as the day unfolds, until the evening when together with their friends Ace, Vladan, Rapoe and the wheelchair-bound Chetan, they head out on a road trip to go fishing at a nearby lake.

Shot by Agnès Godard, best-known for her long-running collaboration with French filmmaker Claire Denis, the film observes the boys as they get into scrapes with local Albanian kids and tease each other about their lack of sexual experience. Mitevska intercuts these scenes with poetic shots of the natural landscape to ensure the audience understands the connection she’s making between their dysfunctional lives and the broken world they inhabit. However, once the boys embark on their journey these bucolic scenes are replaced by a more suffocating atmosphere. The trip plays out at a far more measured pace, with the film’s pervasive sense of unease amplified by the incessant drone of a cello that does little to assuage our anxieties.

On the road we begin to learn a little more about each of the boy’s character, and the simmering resentments that exist within all of them. Before reaching the lake, the boys embark on a rites of passage ritual at a nearby brothel. As they each wait for their turn with an expressionless sixteen-year-old prostitute the levels of machismo on display become incredibly difficult to watch. The sequence finally comes to an end, but in keeping with the film’s menacing tone its with a shrill scream from the girl after one boy takes things too far. Before departing, Milan’s girlfriend, Renata tells him “The future of Macedonia is female”.

She could be right, not only do the boys meet a bloody end, but at no point do we see any of their fathers, their presence only perceptible in the unforgiving nihilism of their sons. An intensely demanding expression of the fears and frustrations of a generation of young men irrevocably scarred by the legacy of social upheaval in the Balkans, When the Day Had No Name is a murder mystery distinguished not by the nature of the crime itself, but by the social tensions that led to it.