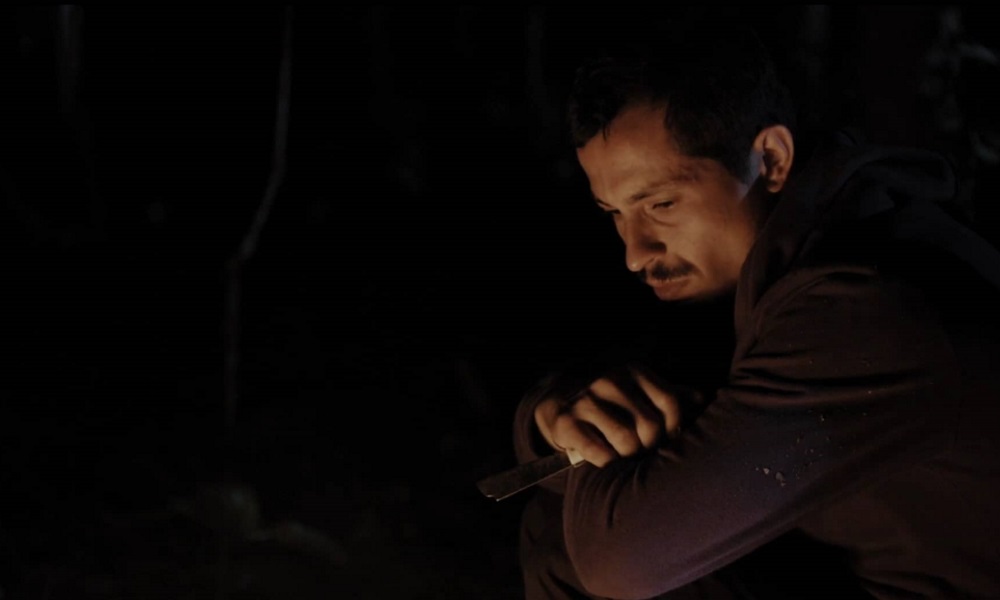 Screening at this year’s IndieLisboa, Affonso Uchoa and João Dumans’ Arábia is a beautifully observed and intensely lyrical road movie about how difficult it is to just get by in Brazilian society. The film opens with a gorgeous tracking shot of a young man riding his bike downhill accompanied by the melancholic melody of Townes Van Zandt’s I’ll Be Here In The Morning. It’s an intro that captures the naive optimism of youth and the unstoppable passage of time.

However, this mesmerising shot is merely the framing device for an entirely different journey, one that encompasses the complexities of the recent hardships in Brazil with consummate grace and an abundance of empathy. The cyclist is Andre, a young boy who lives with his little brother in the shadow of an aluminium factory in southern Brazil. The sound of molten metal being rolled, sawn and scalped is ever-present, a constant reminder of the drudgery and exploitation of the marginalised workers living here; even if we had wanted to listen to Andre’s story, we wouldn’t be able to hear it over the constant cacophony of clanks and deep rumbles.

One day, a migrant worker at the factor named Cristiano, suffers an accident and later dies in the hospital. André is asks by his aunt, the town’s local nurse, to go to Cristiano’s house to get his documents. Whilst scouring through his modest apartment, André comes across a mysterious notebook that catches his attention. At first he chooses to ignore it, but something in the brief passage he read forces him to return and read the whole thing. From here, Arábia becomes Cristiano’s story, and he narrates the contents of this makeshift biography in voiceover, recalling his exploits in and around the state of Minas Gerais, before arriving at the aluminium factory.

His journey spans various towns and villages, and a variety of different types of employment. Cristiano tells his story with the charm and charisma of a road-weary raconteur, yet these episodes initially feel inconsequential, lacking in incident or any conceivable drama. Instead, what we’re presented with is a series of innocuous conversations with work colleagues and observations about life on the road. But when viewed together the sum of these seeming insignificant experiences becomes an accumulation of life’s innocent pleasures and it’s daily tragedies, culminating in an unsentimental portrait of working life that eschews the tropes and cliches of conventional social realism.

Interspersed with gentle anecdotes, impromptu songs, and a tender story of lost-love, Cristiano’s story isn’t overburdened with miserablism, but a poetic tale about how the forces of society are indifferent to the common man. The film’s fleet-footed soundtrack, comprised or traditional folks songs, softens this tale of everyday hardship and there’s no plot fighting against Cristiano, or looming tragedy that halts his progress. He’s just overlooked; a casualty of life that can be ignored without cost because he exists in a world were nothing about his existence or predicament has a consequence to those in charge.

A deeply humanistic depiction of working-class life and how difficult it is to get a foothold in society when work is scarce, and there’s no safety net to rely on, Arábia slowly builds to an unexpectedly heart-wrenching climax. Although Ochoa and Dumans paint a humbling portrait of struggles faced by millions of Brazilians, Cristiano’s journey isn’t devoid of hope, with the authorial control he has over his story proving that even the simplest tale, if told well, can be an act of political subversion.