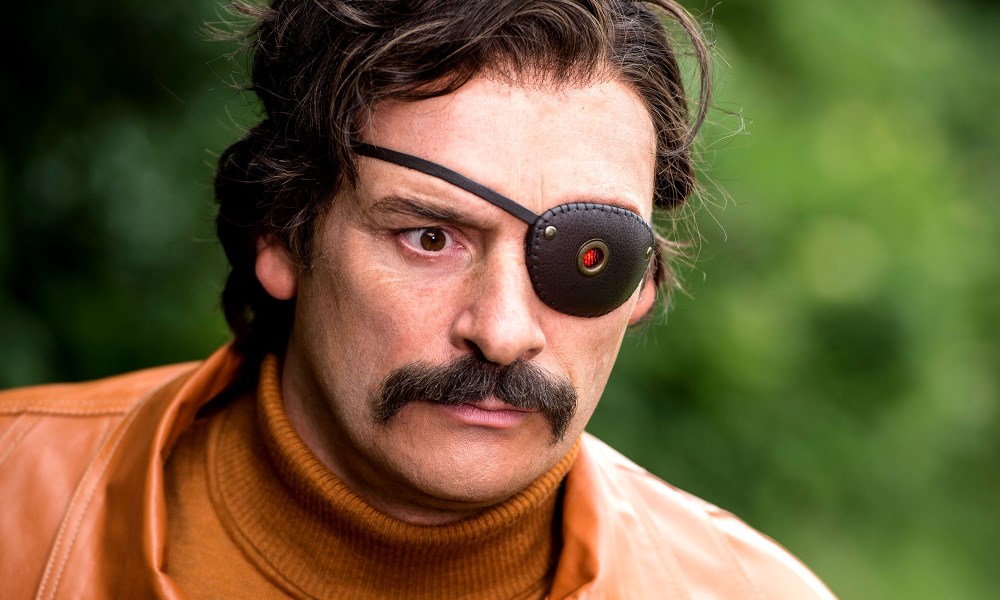 Mindhorn is the brainchild of Julian Barratt and Simon Farnaby, both of whom are well known for their roles in The Mighty Boosh. Together with theatre director Sean Foley, they’ve crafted a hysterical farce that will appeal to those who have a particular fondness for absurdist humour.

Barratt stars as Richard Thorncroft, the former star of hit 1980s TV series Mindhorn about a detective with the ability to tell the truth through his robotic eye, now a distant memory to those who once admired and adored him. He’s broken, single (his former flame, played by The Babadook’s Essie Davis, is now married to his old stuntman) and out of work. All that changes when a killer (Russell Tovey) terrorising the people of the Isle of Man asks for Mindhorn by name as a negotiator to his demands. With the chance to don his old outfit (if he can make it fit) and perhaps breathe new life into his career, Thorncroft takes up the opportunity, without so much as a thought for the dangers that lie ahead.

There’s a certain level of Alan Patridge to the character Barratt plays; so deliciously clueless and self-centred that his fumblings are all the more hilarious as a result. Barratt is a delight in the role. Funny, but with a tinge of sadness that makes Thorncroft not only a laughing stock, but a character to care about, despite his foolishness. He’s well supported by the films talented list of supporting actors, from Davis and Steve Coogan to Kenneth Branagh, who pops up in a small cameo as himself. The script, co-written by Farnaby and Barratt, utilises their comedic talents to create a barrage of ridiculous set pieces, tomfoolery and unrefined action. It’s particularly funny to see the rapport between Farnaby and Barratt as their characters attempt to one-up each other, both equally as self-obsessed as the other and in love with the same woman.

The downside is that, as Thorncroft catches up with the supposed killer, the film runs out of speed before a typically safe resolution ties the narrative up nicely; the real baddies apprehended and Thorncroft hailed a hero. But that’s not for a second to say that up until that point that Mindhorn isn’t a laugh-a-minute spoof of every bad TV show you can think of. The skill is in Barratt’s ability to make a true comic hero out of Mindhorn. Foley, too, handles his shift to feature films with aplomb. The production aspects are hardly anything to write home about, but any wobbles he makes along the way adds to the whole haphazardly comical effect of the film. Mindhorn is a ridiculous comic creation taken to extraordinary, laugh-a-minute heights.