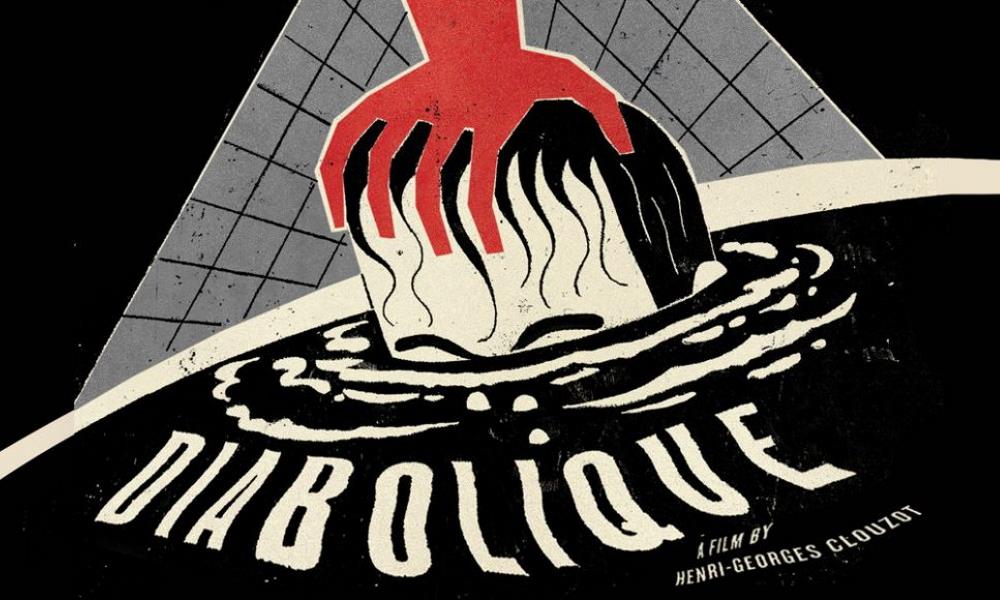 “Don’t be devils! Don’t ruin the interest your friends could take in this film. Don’t tell them what you saw. Thank you, for them.” So close the end credits of Henri-Georges Clouzot’s 1955 Diabolique, hailed as the first film designed around a true climactic twist.

Christina Delassalle (Vera Clouzot) is the rich owner of a boys’ boarding school, trapped in an abusive marriage with the repellent Michel (Paul Meurisse). Another teacher at the school, Nicole (Simone Signoret), is openly Michel’s mistress but also abused by him. Nicole convinces Christina to murder Michel, scheming to drown him in the boarding house of a remote village before depositing him in the school pool. Their plan goes awry, however, when the body mysteriously disappears from the pool.

Clouzot’s old-fashioned precision filmmaking was, in 1955, at odds with the naturalism of the incoming French New Wave, but his style is perhaps the most enduring in mainstream cinema, inspiring, amongst others, modern clockwork-suspense merchant Christopher Nolan and TV’s Inside No. 9 series. Part-noir, part-neo-Gothic horror, Diabolique is that most delicious breed of suspense thriller, beginning innocently enough, but soon peeling back layer after layer of corruption, scheming and transgression.

Fixed on the stagnant, scummy waters of the school pool, the film’s opening shot in grimy black and white is an apt metaphor for the murky sin and guilt that constitutes Diabolique’s world. Apt, too, is the amusing mischief of the schoolboys: fighting, jeering and lying, their bad behaviour foreshadows the real mischief that Nicole and Christina get up to. Diabolique certainly makes Michel’s murder an easy sell. An abusive husband and lover, he is also stingy towards his staff and underfeeds his young wards.

In welcoming his demise, we root for Christina and Nicole – even in the murder’s most visceral moment which, in its spluttering, white-eyed realism, remains shockingly disturbing. The following sequence, where they transport Michel’s dripping body in a wicker basket back to the school, is real nail-biting stuff, with the pair beset by nosy neighbours, overly-helpful garage attendees, and finally, an untimely bathroom light in the Gothic boarding school.

Pressured from the first by Nicole to kill Michel, it’s not long before Christina’s Catholic guilt gnaws at her sanity and her nerves, worsened by the baffling disappearance of Michel’s body. From the boys’ incessant bad behaviour, to the grime that coats the surface of the school pool and the central trio’s sexual transgressions, original sin weighs heavily on the film’s sense of reality. The Gothic lighting of the final ghostly sequence suggests both psychological and metaphysical corruption, culminating in an unreal climax that’s as cathartic as it is unsettling.