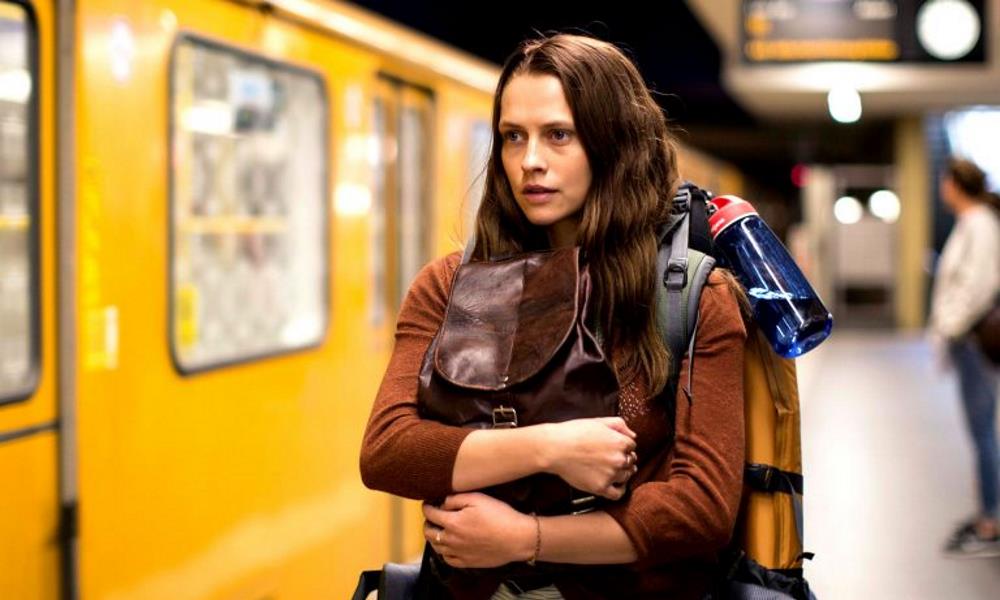 A young Australian backpacker Clare (Teresa Palmer) emerges from a subway station in Berlin. Seen from a distance, she already looks vulnerable as she moves away from the warm yellow of the tunnel and into the obscurity of the city’s blue dusk.

Feeling a mixture of the giddy delight and the wariness that comes from living your life as an adventure, Clare manoeuvres new digs, communal showers and a drunken rooftop chat with fellow travellers. She is a photographer and as such experiences the city in a series of glances, ready to move on, but an accidental meeting with Berliner Andi (Max Riemelt), a friendly English teacher, bearing strawberries from an allotment, seems set to give direction to the wanderer and give Clare what all backpackers dream of – their own personal Before Sunrise experience. However, following eine nacht voller leidenschaft, Clare finds that Andi is intent on keeping her in his flat as his captive.

The beautiful female captive has a long pedigree, from fairytale lock-ins like Rapunzel and Sleeping Beauty to John Fowles’ The Collector, filmed by William Wyler in 1965. More recently, the scenario has been used for the pervy horror of Roland Joffe’s Captive to the more artful treatment of Room, which won Brie Larson an Oscar. The latter focuses more on the victims and specifically the female lead as a mother, but the problem with all of these films is the split perspective which almost inevitably lends the man some sympathy. Fowles’ novel is split into two parts to tell the story from each point of view and Terrence Stamp’s casting makes his character a lot more attractive. Cate Shortland’s third film, Berlin Syndrome is an effective thriller but can’t sidestep these problems.

The title, with its wry echoing of the psychological transference of sympathy from captive to captor known as the Stockholm Syndrome seems to be an explicit admission of this slipperiness. The captivity in all these cases is supposed to mean something: a fear of pubescent girls in the 1760s and the liberated woman in the 1960s. Here, we have some context based on Berlin itself. The once divided city is a pull to Clare who photographs the DDR architecture but a source of angst to Andi who quarrels with his father (Matthias Habbich) about politics. Is Andi building his own Berlin Wall with his IKEA furniture, his London Review of Books subscription and his reinforced windows so no one can hear Clare’s screams? Clare’s own reaction goes through stages of denial, rage, negotiating and to some extent wily accommodation. This kind of prisoner movie presents a series of “What would I do?” hypotheticals to the viewer but despite a violent attempt to escape, Clare doesn’t exactly exhaust her options. Or at least we don’t see that.

In fact, her predicament is portrayed almost as an extension of her city-roaming adventures with the tactile aesthetics of Germain McMicking’s camera lingering on fingertips touching things under the beautifying ambience of Bryony Marks’ score. This touchy-feely-ness begins to feel wildly inappropriate, almost unthinking of what we are actually seeing. When a corpse is burnt in a dumpster fire, we get a shot worthy of Terrence Malick. Adapting Melanie Joosten’s novel, Shaun Grant has been unable to recapture the grimey darkness of everyday evil of his previous script Snowtown. Instead, we get a sojourn in place of trauma.