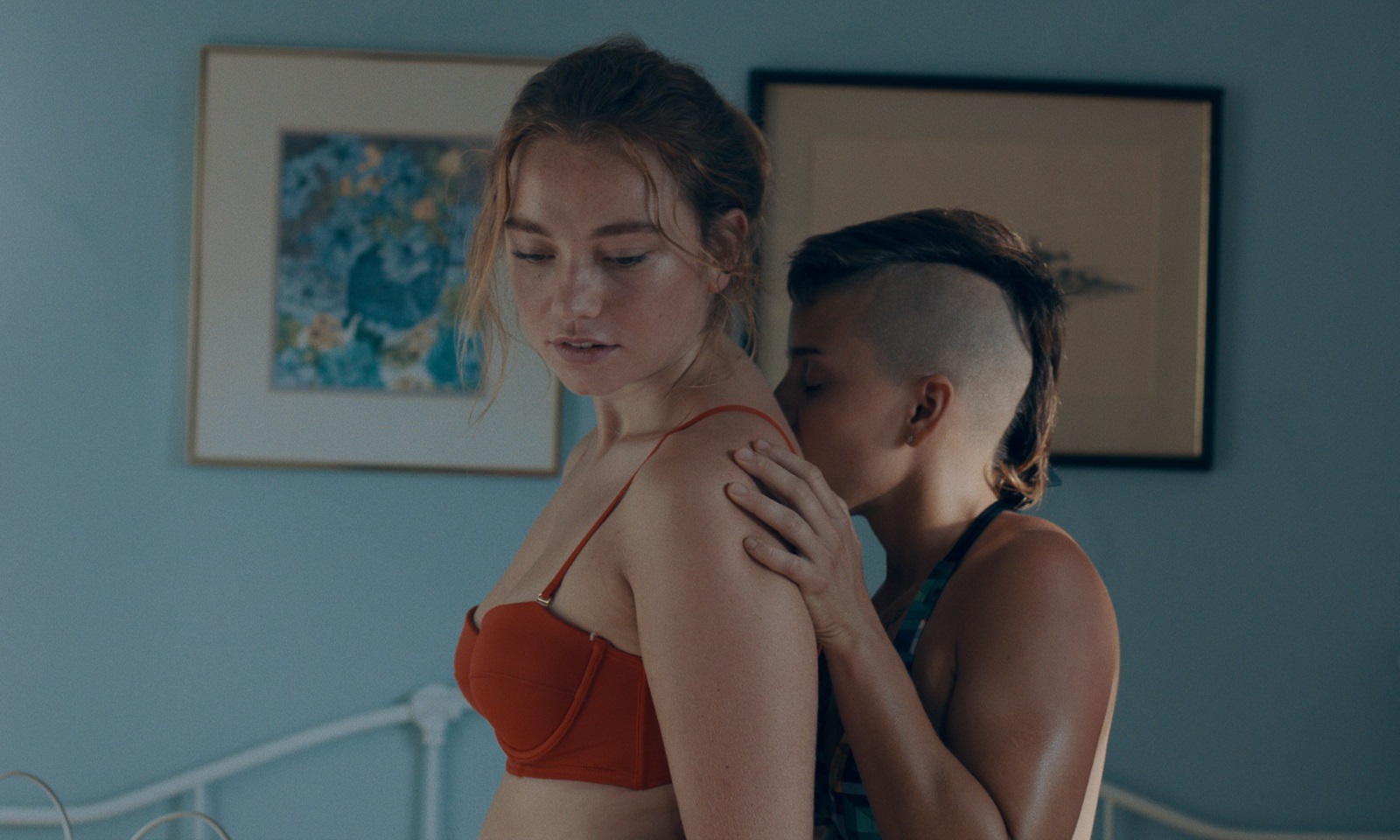 Billed as the coming-of-age story of an adolescent American teenage girl, Princess Cyd is so much more. Told with tenderness and a perceptive humanist eye by writer-director Stephen Cone, his latest film is an affecting exploration of loss, love and trauma.

Disproving any kind of ludicrous notion that a male director is incapable of crafting a character-driven drama led by women, some critics have made comparisons between Cone’s filmmaking style and that of the late, great Jonathan Demme. Such an accolade is deserved and further similarities can be made to Ira Sachs, in whom Cone shares a gift for telling touching every day stories with compassion and sincerity. Cyd (Jessie Pinnick), exasperated living with her father in South Carolina comes to spend two summertime weeks with her aunt, Miranda (Rebecca Spence) – an author of some renown, in Chicago.

However, this journey is prefaced by a prologue nine years previously where a 911 call reporting the death of two people, and a young girl being sheltered upstairs, plays out over the initial credits. It is a startling opening whose repercussions unfurl thereafter. An early long take which very slowly zooms into the first conversation held between aunt and niece, after these many years of separation, brings us closer to them. By the film’s end we will feel that we know almost everything about these two women in what is a tremendously scripted and sensitively directed narrative.

Cyd displays a front that we imagine has long existed as a coping mechanism. She is neither antagonistic, nor rude and apparently is not overly disturbed by what occurred those years previously but a great deal happens behind Pinnick’s big, extraordinarily expressive eyes. We can see the wheels turning, but it is Miranda who encourages her niece to process. Cyd goes out jogging but there’s a sense this is as much a means of regulating her mind as her body. What is she running to? Or running from? Walls, built by both women, to protect themselves from harm, from the memories of the tragedy set upon their family when Cyd was a child, are slowly eroded.

And as much as Cyd’s rather narrow world-view is chided by Miranda, the younger woman’s directness (“Do you ever have sex?” one particularly wonderful line), and her lack of life experience (ie. baggage) is a breath of fresh air to a novelist and middle-aged woman rather stuck in her ways. An exchange of looks with a kindly barista who points Cyd back in the right direction when lost is loaded with a new found longing and their paths will cross again. Katie (Malic White), who sports a mohawk and the confident swagger of a young woman far more at ease in her own skin, will come to represent a new and exciting, previously unknown desire, for Cyd and a caring, genuine connection is fused as sparks of opportunity fly.

Falling into the eclectic, liberal group of fellow writers and artists that form her aunt’s entourage could not work out better for Cyd, a young woman exploring, learning, experimenting, searching for answers. So real are the characters that Cone has created, so at ease are these actors on screen that we soon forget we are watching a work of fiction and not a family we have known, and whose troubles we have borne. The three central performances of Princess Cyd are near flawless and the honesty and subtlety of this tale, which sees hope in the struggles of life at all its stages, is astonishing.