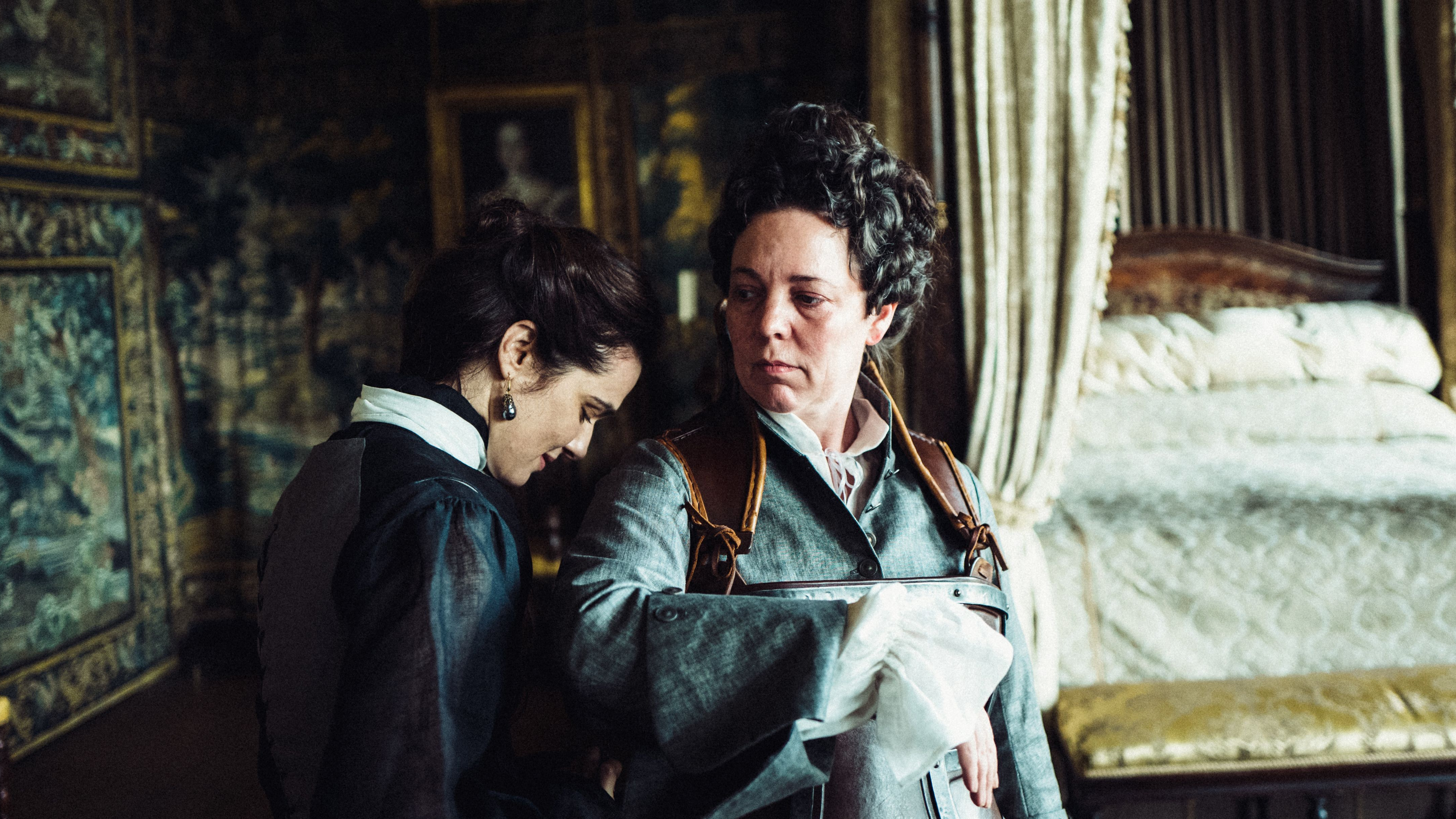 Animals, both literally and figuratively, play a crucial part in Greek director Yorgos Lanthimos’ films: three of his last six features feature beasts in their titles. The title of his latest, The Favourite, may break with that trend, but bestial cunning and instinct run riot through this deliciously Machiavellian period drama.

In early eighteenth-century England, Queen Anne (Olivia Colman) reigns over a kingdom at war. The parliamentary Whig and Tory parties – one favouring peace, the other continued conflict – compete and bicker for Anne’s ear. But although Anne naturally favours the Tories, no one has more influence over the Queen than her lifelong friend and confidant, the Whig Sarah Churchill, Duchess of Marlborough (Rachel Weisz). Emotionally volatile and disabled by ill-health, Anne’s authority is underwritten by Sarah’s deft political skill, unvarnished honesty, and a formidable influence over her boys’ club parliamentary counterparts.

That influence is threatened by the arrival of Sarah’s timid, impoverished cousin Abigail (Emma Stone), looking for gainful employment. Quickly finding herself in the Queen’s favour, Abigail’s maneuvering is apparently just as deft as Sarah’s. Power, as an object of desire, drives the vicious love triangle between its three leads. While the decadent, juvenile male characters sitting in the background, racing ducks and hurling fruit at each others’ naked bodies like so many over-indulged public schoolboys, the women manipulate, cajole and blackmail their way into the true seat of influence.

Working from a screenplay by Deborah Davis and Tony McNamara, Lanthimos uses domestic space to describe power not as a masculine tool to be wielded at will, but rather a subtle vapour that moves through and conflates the public and private realms. Using wide-angle and fisheye lenses in the majority of his shots, cinematographer Robbie Ryan stretches, warps and distorts the Queen’s apartments and bedchamber, ostensibly private spaces which becomes sites of public power.

The opening shot of the Queen’s ermine train trails on seemingly forever, while the chamber, shot through a fisheye lens, wraps around itself, creating the illusion of a huge space within the 1.85:1 frame, yet confining its inhabitants within, a spatial Möbius strip with no route out. A crucial shot at the film’s halfway point depicts one character illuminated only by candlelight and surrounded by disorienting darkness, indicating their loss of power through figurative displacement.

At the film’s centre are three irresistible performances. Colman transforms herself into a wretched, insecure tantrum-throwing baby, her chin flecked with vomit as she compulsively crams hunks of blue cheese into her face. Yet among the venal power struggles moving around her frail figure, Anne somehow retains something approaching sympathy. Meanwhile, Stone gives the performance of her career, a creature equal parts venomous, scheming and desirable, her mannerisms are peppered with Lanthimos’ typical moments of deadpan surrealism.

Like Iago to Anne’s Othello, Stone conjures the image of a servant girl whose dissembling demureness gives her access to the most intimate chambers of influence, but Weisz, clad in a domineering riding suit and ponytail, conflates power and fetishistic desire as a single entity. If the obsession is in the chasing and not the apprehending, power is the ultimate fetish object; so tantalising as a gilded object just out of reach, transforming in its final possession into something altogether more squalid.