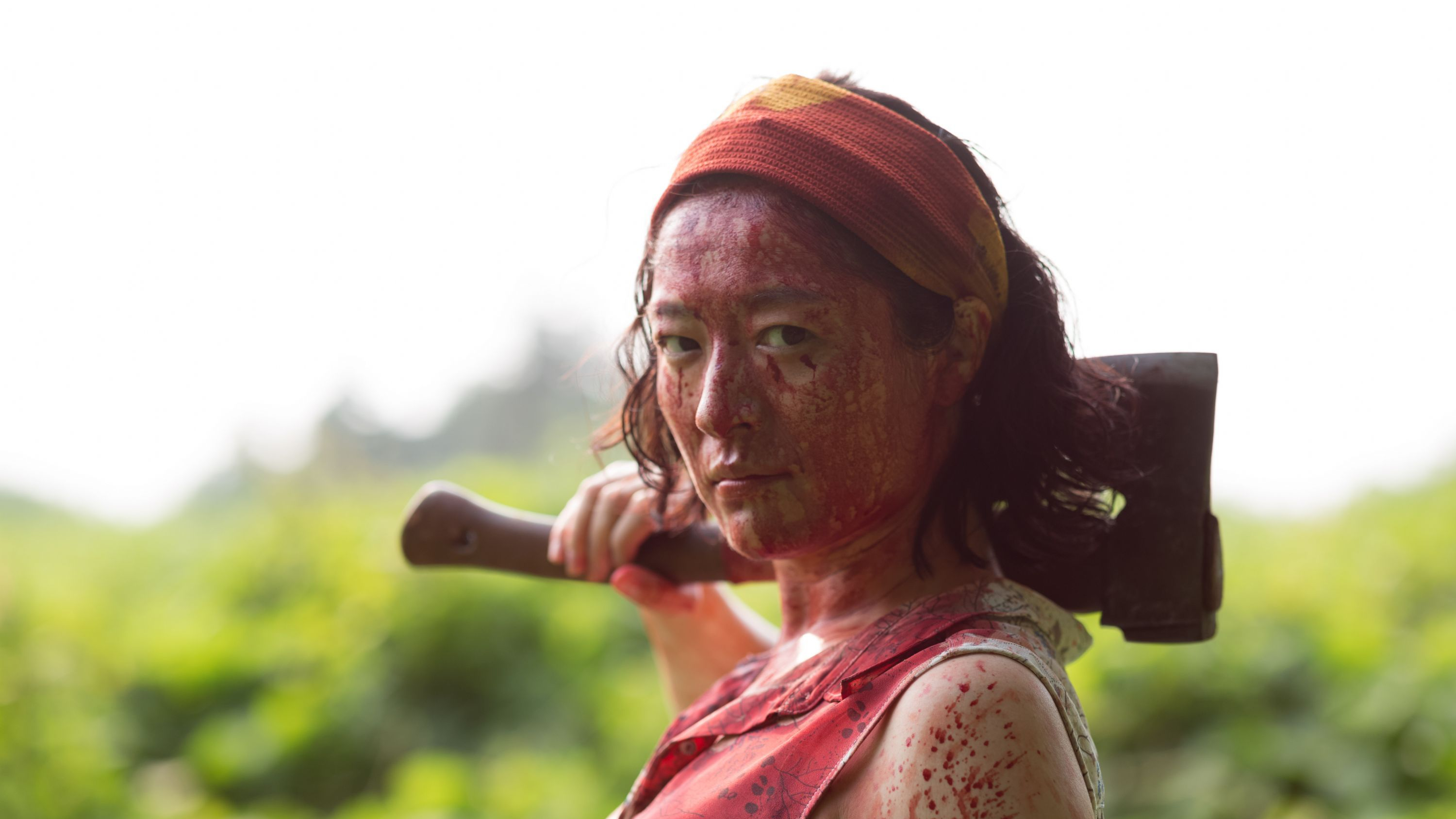 After wowing Japanese audiences with a small theatrical run and a screening at the Udine Film Festival in 2017, Shin’ichirô Ueda’s micro-budget zombie flick has finally arrived in the UK, giving us the best horror comedy since Shaun of the Dead, as well as a joyous, unhinged tribute to independent filmmaking.

Opening seemingly in the middle of a clichéd scene in a low-budget horror flick, One Cut of the Dead pulls to back to reveal that we are watching a zombie film within a zombie film. Along with a half-bored crew and a cast of semi-professional actors, would-be-auteur director Higurashi’s (Takayuki Hamatsu) style is characterised with obsessive bullying and a total disregard for his crew’s wellbeing. The question of whether One Cut of the Dead is a zombie film, or a film about zombie films is played with throughout the running time, as the lines between fiction and reality become increasingly blurred.

The film’s other major conceit, as one might surmise from the title, is that the zombie picture is contained within one single take. Long held up as a mark of technical accomplishment, modern digital filmmaking has made unbroken shots have become increasingly easy to fake, but there’s no doubting the raw skill on display here. The trick here is not to draw attention to the technique as a flashy gimmick, but as a device to draw us in to the film. Indeed, it is some time in to the film before we realise that it has been one unbroken shot. The characters move so naturally around the set – an abandoned factory lit entirely naturally in full daylight – that it’s easy to mistake the meticulous choreography for amateurish blocking.

One Cut of the Dead, however, is anything but amateurish. The first act is dominated by a giddy, adrenaline-fuelled joy as the film follows heroine Chinatsu (Yuzuki Akiyama) pursued by her zombified cast mates and the unhinged director delirious at capturing a truly authentic performance from her. But it’s the film’s second act where One Cut of The Dead really shows its hand, revealing that the first thirty minutes are actually a live broadcast TV show – another film within the film. Rewinding to a month prior, we’re introduced to the cast and crew as they prepare for the shoot.

Now shot in crisp HD video and flatly lit like a daytime soap, it’s a jarring change from the immediate low-budget thrills of the preceding half hour. Nevertheless, establishing the cast and crew’s diva-like behaviour and Higurashi’s struggles with the TV studio lays important groundwork for the third act. The final half hour of the film sees it wrap around itself with a recreation of the first part, this time shot from the perspective of the cast and crew. The sequence is so perfectly staged that it could be mistaken for the original, and is just as heart-pumping.

Like a multi-stage magic trick, One Cut of the Dead repeatedly pulls back the curtain to reveal “reality”, only to keep pulling the curtains and the rugs from under us. As much a repudiation of auteur theory as a tribute to the imperfect process of creation, One Cut of the Dead is a thrilling reminder that of the beautiful, vital lie that is cinema.