Film Review: On the Rocks 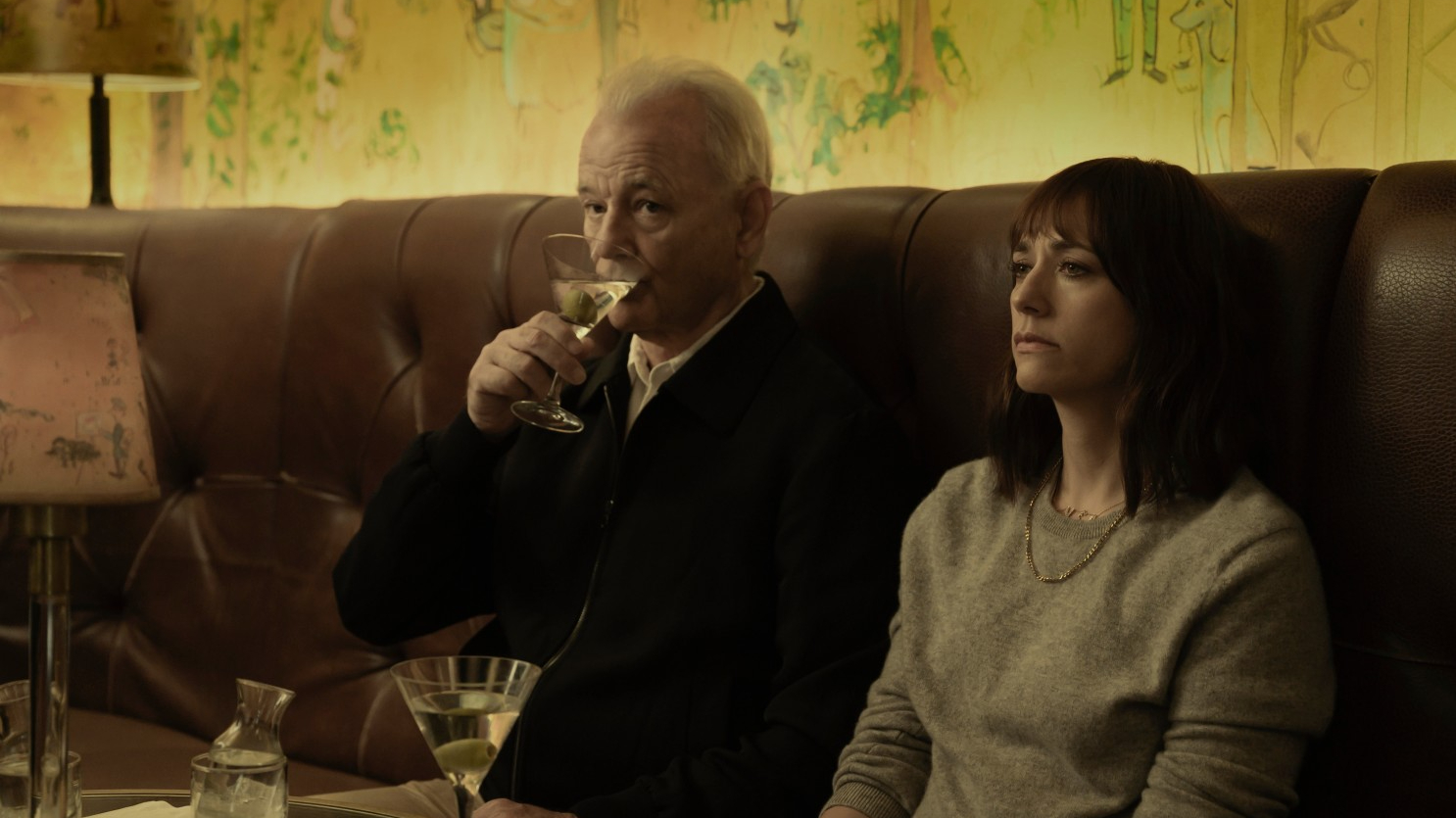 Returning to the director’s chair for the first time since 2017’s The Beguiled, and following the pop-baroque of efforts like Marie Antoinette, Sofia Coppola’s On the Rocks is back-to-basics filmmaking. It may well also be her most mature picture to date.

Growing slowly distant with husband Dean (Marlon Wayans) as he takes lengthy business trips with his young, gorgeous colleagues, Alex (Rashida Jones) begins to suspect him of infidelity. As she reveals her anxiety to her dad, Felix (Bill Murray), he agrees to help her catch Dean in the act.

With Murray in a supporting role as a messy paternal figure and Jones at sea with an absent, workaholic husband, the most obvious comparison with Coppola’s earlier work is Lost in Translation. The film’s marketing has certainly leaned in to it, especially with the poster featuring Felix and Alex consciously quoting Lost in Translation’s imagery.

However, though On the Rocks echoes its forbear in visuals, tone and even theme, this is a very different film to the 2003 Oscar winner. For one thing, Alex is both prepossessed and sure of herself in a way that the younger Scarlett Johansson’s Charlotte never was. As Felix, Murray is practically playing an older version of Lost in Translation’s Bob, but far from being enamoured with his autumnal worldly-wisdom, Alex sees him for the embarrassing old dad that he is.

For all the poppy fizz and broad colour that often defines her work, Coppola is truly astonishing at catching the small gestures and moments that define the characters that she cares about. Her camera settles invariably eye level, observing and amplifying otherwise imperceptible signs of a decades-long relationship built on unspoken understandings and explicitly-stated exasperations.

In the film’s most outwardly moving scene, Felix recalls the moment as a father that he first recognised her as a person, and contrasted against those banal moments of weariness, Coppola has captured that seemingly indefinable frustrating affection of the relationship between parents and their grown-up children.

In his over-the-hill playboy antics, Felix typifies that bizarre, maddening phenomenon of aging dads compelled by some mystical force to flirt with every waitress they see – seriously chaps, please stop – while Alex’s ill-advised attempt to catch Dean cheating on her in Mexico is cringingly funny. And although the film is really about Alex and Felix, Coppola allows enough space for Alex and Dean’s relationship to develop across the film, defined by the creep of growing distance and unintentional emotional blindness.

There are shades of the collapsed relationship of Marriage Story here, though Coppola is clearly more interested in the push and pull of a still-breathing partnership as opposed to the post-mortem of one already lost. Fundamentally, On the Rocks understands that the rich complexity of long-term relationships – both paternal and spousal – can never truly be captured, only gestured towards. The result, on screen, is deeply warm, funny and comforting, and among Coppola’s finest work.