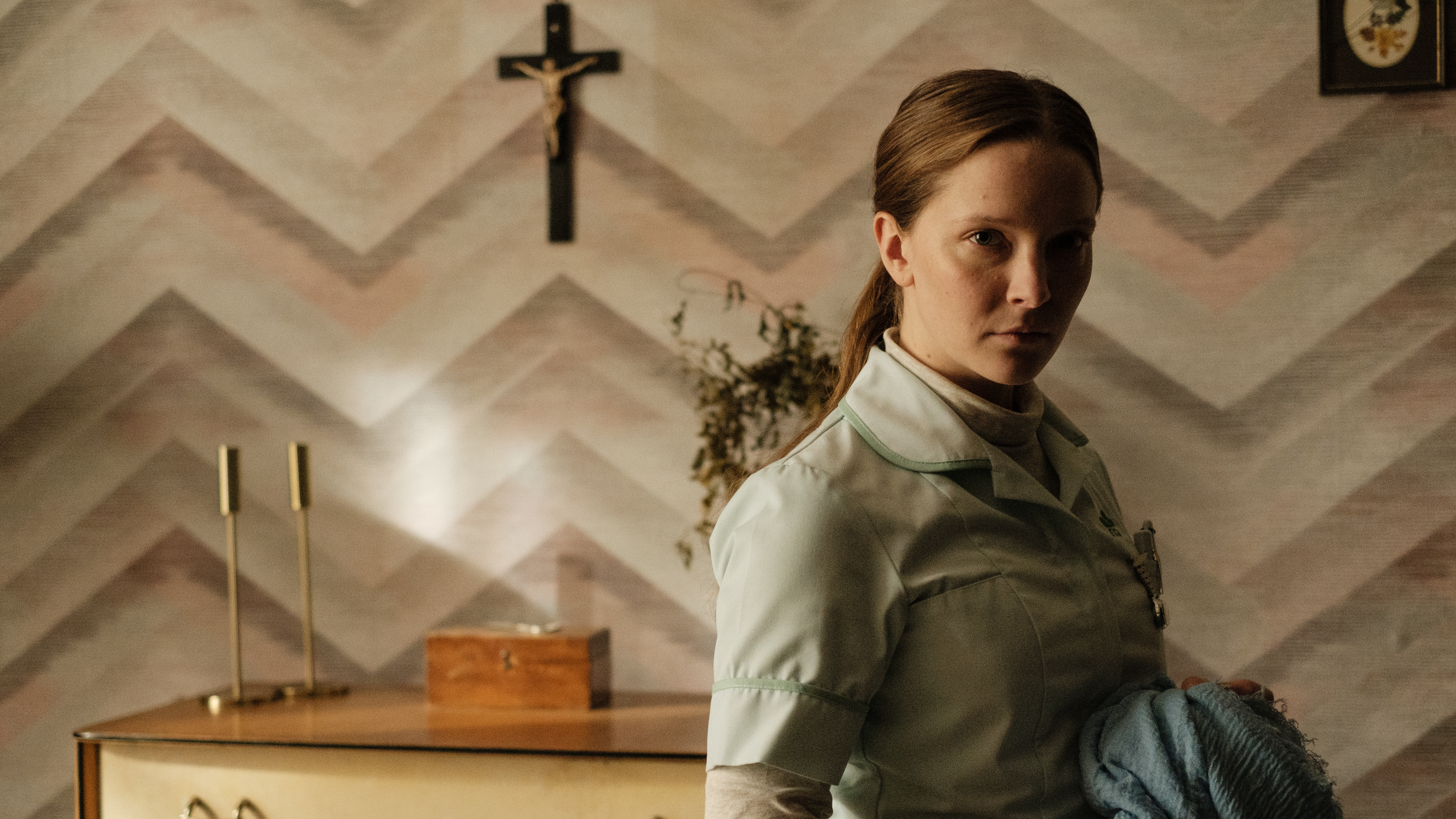 Director Rose Glass makes her feature debut with this visceral psychological horror. While the festival chatter has lately been dominated by Gotham’s most notorious villain, Saint Maud is the dive into obsession, isolation and urban deprivation that you need right now.

Maud (Morfydd Clark) is convinced that she was put on this earth for a higher purpose. But tending to the sick and dying as a nurse, she hasn’t yet found her rapturous purpose. We pick up with Maud after she is hired to care for the terminally-ill “minor celebrity” Amanda (a hawkish Jennifer Ehle, channelling Norma Desmond); as Amanda convalesces in her Gothic mansion overlooking a drear, unnamed seaside town (recognisably Scarborough in North Yorkshire), Maud’s true purpose to save this lost soul is revealed to her.

For all its anti-heroine’s aspirations toward divine illumination, Saint Maud is a film mired in the murk, whether from the pale light of the dingy amber lamps of Amanda’s cavernous abode, the dusty air of Maud’s bedsit, or the town’s permanent overcast skies. Meanwhile, Adam Janota Bzowski’s elemental score hums, clangs and howls, as if a deep, dark voice guides Maud to her destiny. Maud’s saintly delusion is so powerful that she is often caught in orgasmic rictus as the holy spirit flows through her.

Maud is at once perpetrator and victim; at first sanctimonious and interfering, later abusive and dangerous, she also bears the evidence of self-harm. After she is dismissed for slapping Amanda, she gets drunk and clumsily tries to pick up guys – a hint at her past before her recent conversion. She is later raped after she goes home with someone; it’s a horrible scene made all the worse by her attacker’s casual attitude, demonstrating the normalisation of abuse and exploitation. The experience of being used and thrown away is such an everyday occurrence for Maud, that it has driven her to ever-increasing extremes of faith just to feel that she matters.

As with all fantasists, Maud takes the world around her and forces it to fit her beliefs. When Amanda gives her a book of William Blake’s paintings, instead of challenging her dogma it merely fuels more intense hallucinations, which of course she interprets as visions. Her communion with a terrible voice in her tiny bedsit is eerily rendered in darkness, while the pale light of her window lights her from behind with a dusty, tragic halo.

If mental illness has been leaned on by horror cinema as an easy signifier of monstrosity, Saint Maud seeks instead to understand and empathise. Its subjective perspective forces us to see the world as experienced by its protagonist. Saint Maud understands isolation neither as a reaction against society nor a direct symptom of it. Rather, it is the result of a social system that treats the vulnerable and marginalised as disposable, while the efforts of individuals trying to reach out are rendered futile. Caught in a maze of her own making, tangled roots perplex Maud, making her easy prey for delusion.