Film Review: Night of the Kings 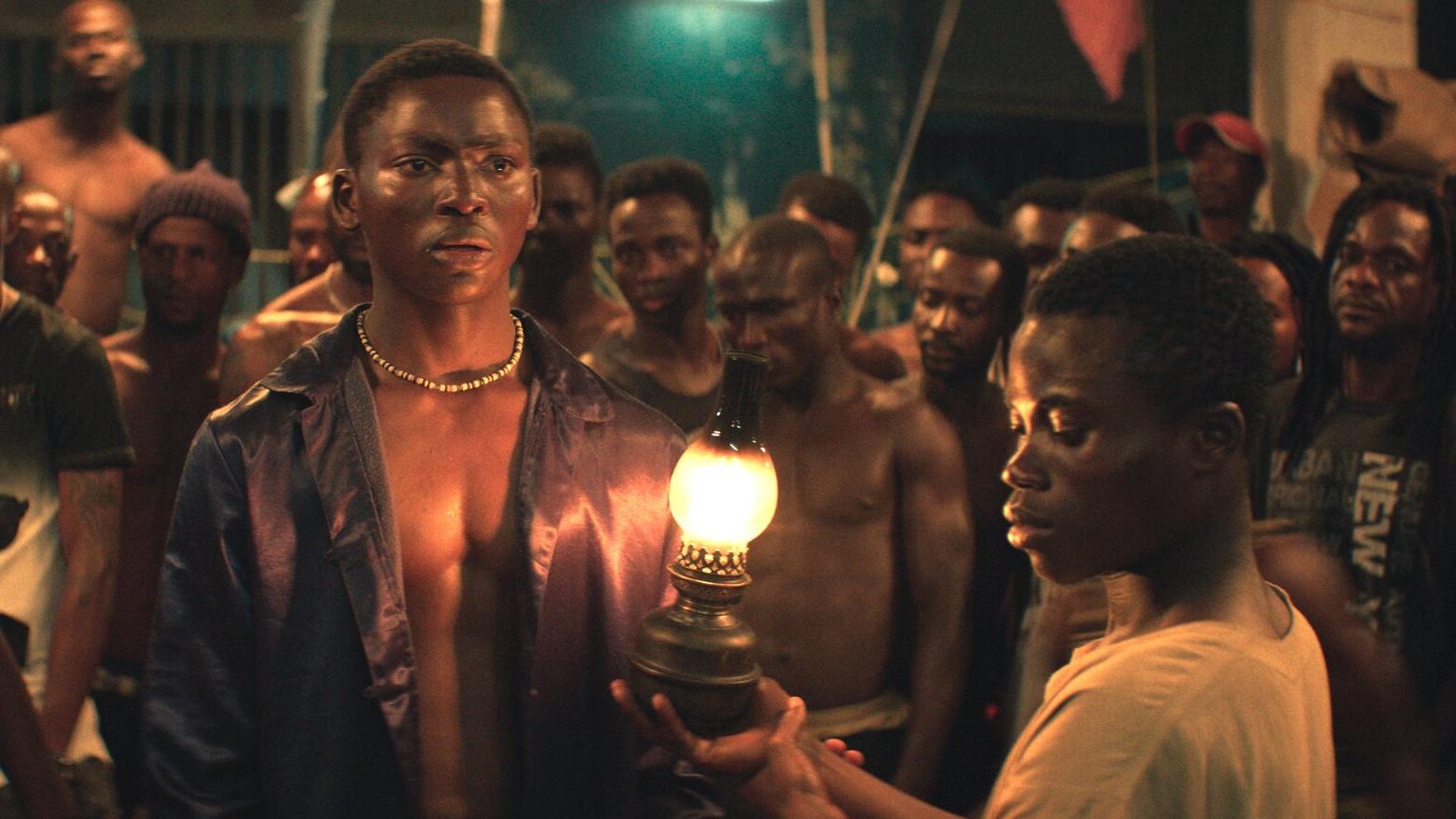 A fusion of storytelling, dance, song and mythology, Philippe Lacôte’s Night of the Kings forms a rich, beguiling narrative web. Channelling the gifts of a traditional West African griot, the Ivory Coast filmmaker uses oral histories passed down by the generations to draw upon his nation’s past, to both preserve it and employ its lessons to better understand the present.

Backdropped by the contentious 2010 presidential elections, his chosen captive audience are the inmates of Abidjan’s infamous Maca Prison. With a new addition to their ranks and the approach of a blood red moon, the time will soon come for an all-important custom. Dubbed ‘Roman’ (Bakary Koné, in the first of what is sure to be many big screen appearances) by Maca’s dangôro, Barbe Noire (Steve Tientcheu), the young newcomer must spend the whole night regaling the detainees with wild and wonderful stories.

For if he is unable to continue until morning, the consequences could be dire. A kind of all-powerful prison godfather, Barbe Noire’s health is on the decline and he faces a battle to retain control from ambitious challenger, Lass (Abdoul Karim Konaté). So as much as he is playing to his loyal followers, Barbe Noire is stalling for time in order to appoint his successor to run the prison in his image. Traditions, however barbaric, must be maintained at all costs.

Recalling his own life, how he came to be at La Maca and his friendship with the recently deceased rebel legend King Zama, Roman stands upon a soap box and embarks on his story. The very definition of thinking on one’s feet, a warning from Denis Lavant’s whimsical sage, named Silence, that should he come to the end of his story before dawn he may be killed, quickly focuses his mind. A tough crowd that has heard it all before engages with the story by playing along, reacting, acting out certain parts of Roman’s tale, and soon hang on every word.

When one of their midst is killed offstage, the Shakespearean present takes a dangerous turn for Barbe Noir and a mournful, melodious lament fills the stagnant air. Meanwhile, Roman’s storytelling reaches back through the ages to Ivory Coast’s past and visions of battles between kings and queens, humans and spirits summoned in conflict. In a film that both often resembles and pays direct homage to Fernando Meirelles and Katia Lund’s City of God, we return to Abidjan’s Lawless Quarter and the bloody post-election violence, which finally saw Laurent Gbagbo deposed.

Mirroring the outside world, Barbe Noir clings to the last vestiges of power. There is no smoke without fire and, stirred into a frenzy by events within and without, past and present, of them and us, an incendiary situation threatens to ignite. It marks the cacophonous conclusion of a film with rare and bold vision that Lacôte pieces together with real craft and composure. Though physically confined to a single, overcrowded communal space inside La Maca, Night of the Kings travels well beyond its bars and high walls, soaring far and wide with spirit, invention and imagination.