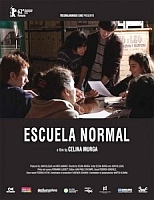 ★★★☆☆
LFF veteran Celina Murga returns to the festival this year (after previous appearances in 2003 and 2008) with non-fiction outing Normal School (Escuela Normal, 2012), a calm and non-intrusive documentary set in an Argentine state school. Whilst there’s nothing particularly new or innovative about Murga’s latest, the opportunity to witness the next generation showing a genuine interest in their country’s political future – as well as a spot of high jinks involving water bombs – is undeniably appealing and cosy.

Though certainly swinging towards being one of Parana’s (Murga’s city of birth) more affluent institutions, the students caught on camera seem almost abnormally interested in the political machinations of the school council. Great expanses of the film (rightfully so) are focused around lively and heated debates between opposing factions, each of whom thinks they have what it takes to change their fellow students’ academic lives for the better. Such passion is certainly infectious, and is feasibly a product of Argentina’s turbulent socio-political past. 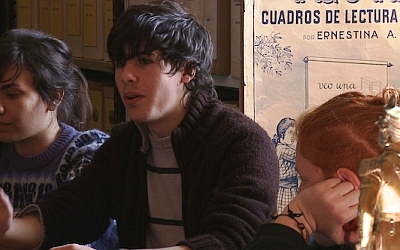 More so than perhaps any other documentary in the festival lineup, Murga’s Normal School is a pure fly-on-the-wall affair with not even the faintest trace of voice-overs or to-camera interviews. Whilst it would be hard to genuinely infer that what we see is what we get – some of the pupils are, of course, aspiring politicians of the future – the quiet, neutral vérité of the film is certainly one of its key selling points.

Despite Normal School’s aforementioned neutrality, an emotional response is evoked by one sequence towards the films denouement, where the congregated ‘players’ and their proud parents take to the floor for the traditional end of year dance. We share much of the adults’ adoration, having spent the past 80-odd minutes immersed in thoughtful debate, exam pressure and stray dog-related drama. This may be a relatively one-note projection of the Argentine school system – with any sign of overt critique noticeable by its absence – yet Murga’s roving camera still manages to find a form of truth within the bright and eagre eyes of a new generation.