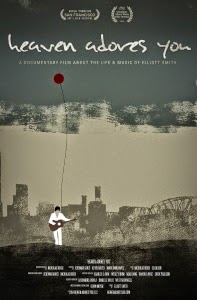 How ethical is it to pry into the personal life of an artist who actively shunned fame? That’s the questioned posited by Nikolas Dylan Rossi’s Heaven Adores You (2014), about the life and music of singer-songwriter Elliott Smith. In a candid radio interview at the beginning of the film, Smith proclaims that he was the wrong type of person to be “really big or really famous” yet something in his whispery-thin vocal style and textured harmonies made for a soothing antidote to the abrasive angst of the nineties grunge scene. It was the use of his song Miss Misery in Gus Van Sant’s Good Will Hunting (1997) that thrust Smith into the spotlight, yet Rossi’s film is far more concerned about the process behind his songwriting. 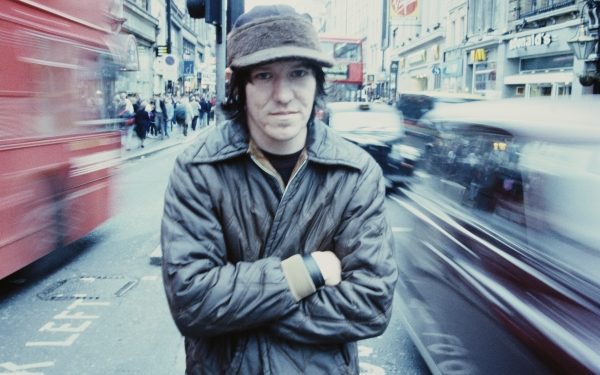 Smith struggled with depression, alcoholism and drug addiction for most of his life. He died in 2003, discovered in his flat with two purportedly self-inflicted, stab wounds to the chest. His passing was never official recorded as a suicide, and rumours abounded that there may have been foul play, however those familiar with the dark themes that littered his songs understood he was an artist struggling with some monumental demons. Heaven Adores You is a sensitive often heartbreaking mix of talking heads and archival sounds and images that chart the course of Smith’s career; from his relocation to Portland, his time playing in the band Heatmiser, to his solo career which began in 1994 with the release of Roman Candle. Heaven Adores You is at its most harmonious when chronicling the Portland scene.

Through a series of interviews with Smith’s friends and colleagues, including fellow musicians, Pete Krebs and Sean Croghan, producer Tony Lash and Kill Rock Stars manager Slim Moon the film vividly recall the zeitgeist of a city on the verge of a cultural explosion. These scenes also give fans the opportunity to enjoy a selection of unheard tracks and early demos that demonstrate how Smith’s distinctive sound was forged. Whilst the incandescent melodies of Smith’s songs effortlessly lend themselves to cinema (perhaps best observed in Wes Anderson’s use of Needle in the Hay in The Royal Tenenbaums) Rossi needlessly expands the film with a series of musical montages of the various cities Smith inhabited that offer little in the way of insight or entertainment. There’s nothing wrong with the juxtaposition of beautiful imagery and sound, yet beauty unwed to something more meaningful always feel superficial, and these roaming urban landscapes feel shallow and unnecessary. In spite of the various demons that gave Smith’s music such a haunting quality this fan made, fan financed project eschews the more controversial moments of Smith’s life, seemingly calibrated to defuse the sensationalism surrounding his life and death.

Sadly, this leaves little for the uninitiated or fair-weather fan to latch onto; whilst an unwillingness to delve into the reasons behind Smith’s early departure from Dallas, his various suicide attempts or his destructive relationship with drink and drugs means die-hard fans are also left wanting. Smith’s life was one full of remarkable highs and lows and far more emotionally devastating than your clichéd tale of a tortured musician ensnared by the excess of rock-n-roll. Sadly, whilst Rossi’s sensitive approach is commendable there’s no escaping the unavoidable sense that there’s a far more interesting film to be made here. Unlike films about similar iconic Indie musicians like Jeff Feuerzeig’s insightful The Devil and Daniel Johnston (2006), or Ondi Timoner’s explosive Dig! (2005) – about the tempestuous relationship between The Dandy Warhols and The Brian Jonestown Massacre – Heaven Adores You is far too indulgent to justify its feature-length status.