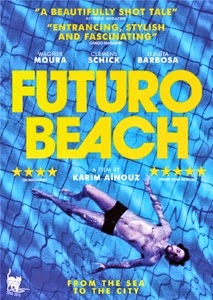 Brazilian-Algerian director Karim Aïnouz returns with Berlin Film Festival 2014 select Futuro Beach (2014), a tactile and deeply personal account of sexual identity and the longing to belong. Tracing a line through the relationship between a Brazilian lifeguard and his German motorbike mechanic, Aïnouz’s doomed love story does, however, find itself caught in an undercurrent of contrived maritime metaphors. Donato (Wagner Moura) first encounters Konrad (Clemens Schick) as the pair struggle to save Konrad’s old army colleague from drowning. Their attempts prove futile, leaving Konrad desperate and stranded in the coastal Brazilian town. 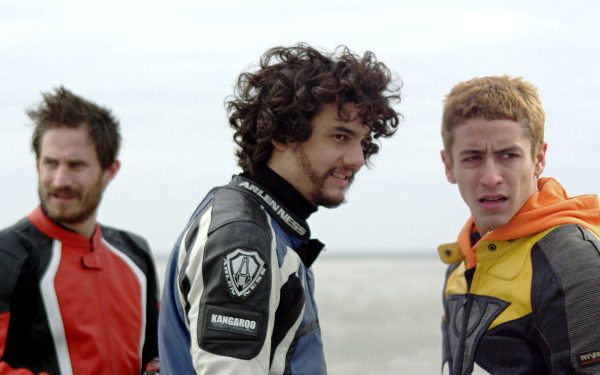 We’re led to believe that Donato and Konrad forge an unyielding bond during this period, with Donato eventually leaving his family – including his younger brother, Ayrton (Jesuita Barbosa) – and moving to Germany so the pair can live together. Like a fish out of water, Donato struggles to adapt to the cold, grey milieu of Berlin. Jump forward some years later and we discover that their enduring love has come to an end. However, when Ayrton turns up at Donato’s doorstep, the three of them are thrown back together. An explosive introduction comprised of screeching guitars and pounding bass kicks things off with all the immediacy of an adrenaline shot plunged directly through the breastplate.

Setting the tone for a sensory journey into the annals of fated romanticism, Futuro Beach attempts to invest us in the lives of its three protagonists through a series of emblematic encounters, ultimately relying on the characters’ designated superhero monikers to explain their individual personalities – resulting in a disastrous relationship between Aquaman (Donato) and Ghost Rider (Konrad). At its best, when concentrated on deep focus shots and compositional symmetry, this overly developed sense of style lures us into a vividly drawn world. Yet, an overriding dependency on metaphors impairs the film’s symbolic quest, encasing Aïnouz’s underdeveloped narrative within an ornate mausoleum built for a story that never matures beyond infancy. Futuro Beach‘s strong opening third gives way to a sombre and melancholic middle act, before the film’s fragile foundations come crumbling down like an elaborately constructed house of cards. Aïnouz doesn’t seem to be aware that his latest offering works best as a baroque postcard about the fragile nature of love and the risks we’ll take just to get a taste.