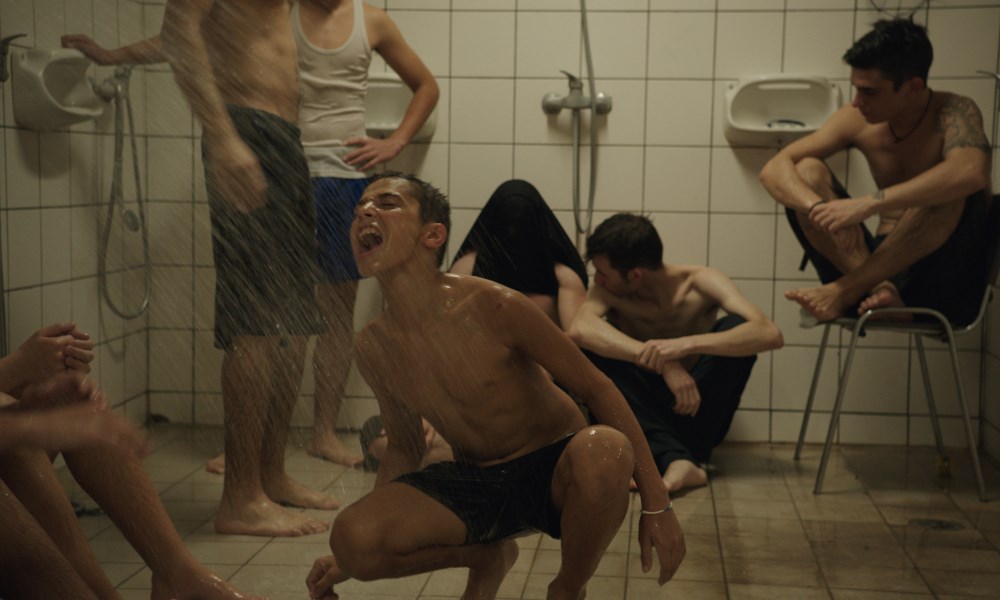 Sofia Exarchou’s debut feature Park tackles the hopelessness of austerity-ravaged Greece through the lives of a ragtag bunch of children and teenagers that call Athens’ abandoned Olympic village their home. Some appear to be homeless, while others only visit during the day, but for all of them the decaying village is the hub of their daily lives. Instead of going to school or spending time with their parents, the kids play violent games with – and against – each other and roam the vast premises aimlessly. These amusements include arm wrestling, walking barefoot, dog fighting and bellowing like wild animals.

The problem with Park is that Exarchou doesn’t really take this unusual setting and premise anywhere. While not a conventional narrative film by any means, there is barely any plot or character development to speak of, giving the impression that one is watching a minimalist observational documentary. Yet this is a fiction film with a script and actors, so one expects a little more evolution from the material. Instead, Exarchou seems to think it enough to use lots of pretty handheld camera and to divert us periodically with painterly shots of the alien-like rusting village, aesthetic exercises largely void of substance. Things aren’t helped by the desaturated, desertified colour palette that makes for an even drabber experience.
Although Park does at times venture out of the Olympic village, the teenage couple Anna and Dimitris (Dimitra Vlagopoulou and Dimitris Kitsos) who take us there are not interesting or charismatic enough to make it worth our while. Understandably they feel trapped in the village, and their solution is to spend what little money they have partying with the Russian, British and Scandinavian tourists taking advantage of Greece’s bargain basement prices. These scenes – in which tourists yell football chants, drink and dance copiously, and bait Dimitris with Euro bills to strip and swim in the ocean – are ugly to watch and clumsily executed, their sole apparent purpose being to demonise the foreigners responsible for Greece’s situation.

Although competently directed and – for the most part – well acted by a cast of amateurs, Park doesn’t have very much to say. It’s a shame given its fascinating setting in decrepit Olympic ruins that are a potent symbol of Greece’s past and present ills, with which far more could have been done. Exarchou has unfortunately overestimated the watchability of her pared-down content, which feels half-baked.