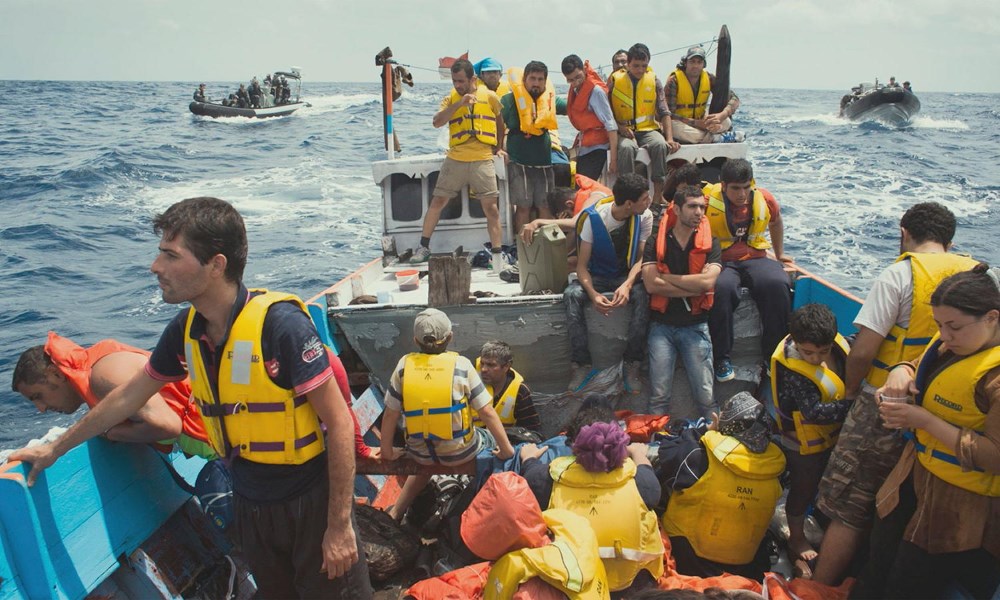 At the time Chasing Asylum was filmed 2,175 men, women and children, seeking refuge in Australia, were being detained indefinitely in centres on Manus Island – in northern Papua New Guinea – and on Nauru, a remote Pacific Ocean island nation. A further 10,000 were stranded in the Philippines due to an escalation in 2013 of the Australian government’s already rigorous and unflinching decree to “Stop the boats” by successive Prime Ministers. Unable to work, but desperate to continue their journey south-east, Middle-Eastern refugees are told: ‘NO WAY: You will never make Australia home’ by shocking immigration posters.

It’s within this galling, sickeningly unjust and bleak framework that documentary filmmaker Eva Orner – who in 2007 produced Alex Gibney’s brutal Taxi to the Dark Side – lifts the lid on her nation’s dirtiest of dirty large secrets. Thanks to secretly filmed footage from within the camps and a series of interviews with former detainees, and indeed those wanting to make their way to Australia, Orner’s film succeeds in breathing life into these numbers, fleshing them out with the stories of strife and struggle but also a determined resilience. These people are far more than figures on a page and are not defined by the inhumanity witnessed here. The truly atrocious conditions discovered on each of the islands may have been out of sight and out of mind in the public consciousness but Pandora’s Box is now open.

Along with those lost souls living lives in limbo, with no sense of a future, sympathy is also felt in speaking to young aid workers lured to the centres under the false pretences of an exciting summertime gig. Misinformed and woefully ill-prepared for the work they are obliged to conduct, one subject recalls the moment she is told that the purpose of a Hoffman’s knife is to cut through a rope should a detainee attempt suicide. Thrown in at the deep end without adequate assistance, the emotional trauma is etched on faces and twitching hands. In Chasing Asylum’s opening frames the steady rhythm of a boat’s engine is the only sound heard as a small vessel packed with bodies chugs toward an endless horizon.

We will return here periodically over the course of the film. Due to the acquisition of further information and a growing anger in the pit of one’s stomach at the atrocities that occur it resonates with a greater, more profoundly shocking resonance on each occasion. Australia is the target of Orner’s ire and inspection in Chasing Asylum but any nation and its people must be judged upon the way they treat the weak, needy and downtrodden. That responsibility should not, does not end at the outer limits of its land. Chasing Asylum reveals the deplorable, vital truth and gives names, faces and images a voice as well as being a platform of defiance and freedom of speech. It’s a brave, crucially important doc and outstanding expose of evil.