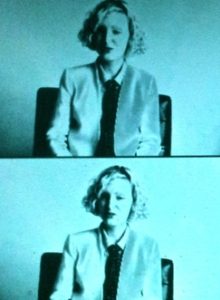 Writer-director Xiaolu Guo rose to prominence in the West after her sophomore feature She, a Chinese (2009) won the Golden Leopard prize at the Locarno Film Festival. Guo now arrives at the London Film Festival with Late at Night: Voices of Ordinary Madness (2013), the second in a proposed trilogy of documentaries giving a voice to the disenfranchised. Conducting numerous candid street interviews, each intended to allow us a window into the reality of life in London’s hip and happening East End, Guo spent three years trawling the streets of Hackney meeting a diverse cross-section of this unique community. 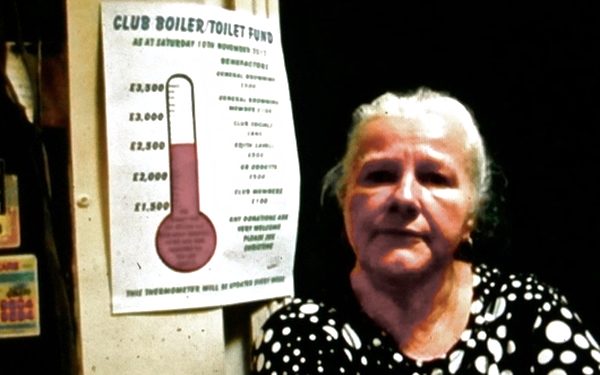 To highlight the media’s obsession with celebrity culture and sensationalism over the genuine concerns of real people, Guo frames her fragmented narrative with pseudo-pop-culture style news readings, churning out topical tabloid trash as a juxtaposition of the real world and the media mirage. Intended to highlight the growing inequalities in the gentrified boroughs of London, it’s clear to see the good intentions behind Guo’s inquisitive documentary. However, as Late at Night progresses it becomes more transparent that the film is very much from an outsiders perspective, understanding this disparity and adding nothing new to a debate that deserves a more knowledgeable voice than what we here.

Some sequences, including an ode to the dying traditions of the East End’s pie and mash shops, succinctly highlight issues of displacement. However, Guo’s fascination with the city’s homeless and destitute merely serves as poverty porn, unintentionally exploiting the very voices she wants to set free by presenting them as characters in a ballet of misery that merely perpetuates stereotypes. Perhaps most interesting is the distinct lack of any female voices of madness. Guo’s previous oeuvre has focused on the plight of the disenfranchised woman in Chinese society. However, in a drastic U-turn she seems to have bought into the tabloid manufactured image of the East End as a den of gangsters, hustlers and drug addicts.

Given that the purported objective of this disparate documentary was to delve below this very type of aforementioned exploitation and sensationalism, Guo has engineered a frustrating collage that struggles to distance itself from the very subject it’s supposed to be criticising. Utilising a collection of stock images of London’s docklands, financial districts and numerous derelict council estates, Guo uses simplistic montage editing to demonstrate her gentrification narrative. However, without ever delving into the real issues in any complex or informed manner, Late at Night is sadly yet another failed experiment in pushing forward politicised filmmaking.