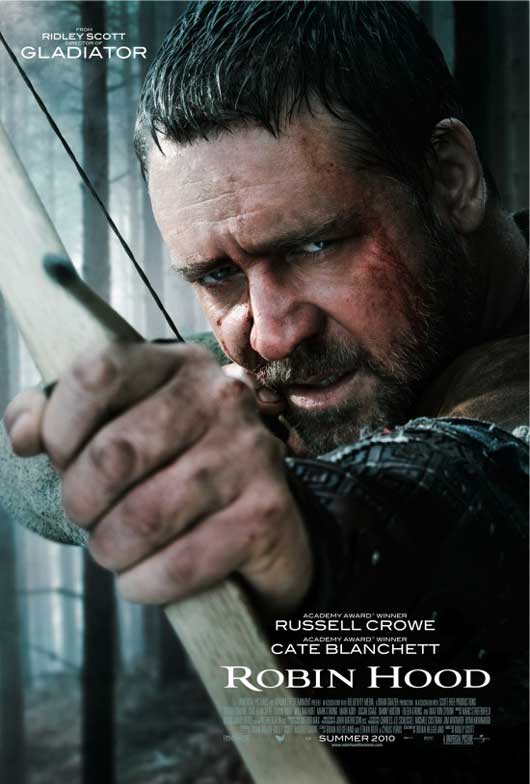 Has there been a better time in recent memory to return to the age-old English legend of a poor man willing to stand up to a nation’s greedy oppressors? Unfortunately, Ridley Scott’s Robin Hood (2010) manages to miss a ripe opportunity to explore this pertinent element of the famous tale in favour of what is essentially a two and a half hour prelude to what we can only hope will be a better, less woefully dull and meaningless sequel. Kiwi actor Russell Crowe plays Robin Longstride, an archer in Richard I’s army, travelling home to England following the Crusades. Unlike in previous adaptations of the Robin Hood tale, Danny Huston’s Richard the Lionheart is portrayed unfavourably as a warmonger. 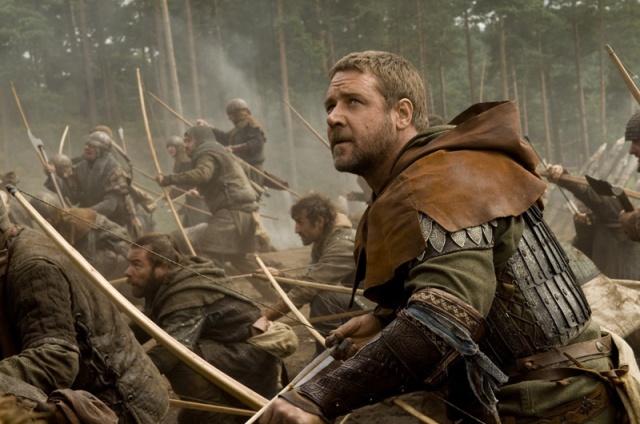 In a quite masterful allusion to the horrors of the Iraq War, Longstride describes an incident in which he was ordered to mercilessly kill Muslim women and children at the behest of the King. However, following the death of Richard I and Longstride’s subsequent return to England, the film quickly loses its way. What follows is a contrived and frankly boring plot in which Longstride deserts from the English army with three other soldiers – his ‘Merry Men’ – and unwittingly assumes the identity of Sir Robert Loxley, a nobleman he finds dying on his journey back to England. In the process he somehow becomes romantically involved with Loxley’s widow, Cate Blanchett’s Lady Marion, and embroiled in a plot by King Phillip II of France to incite civil war in England in order to ripen the country for invasion, following the coronation of Oscar Isaac’s King John.

Although corruption and greed on the part of John is alluded to, he and Matthew Macfadyen’s Sheriff of Nottingham are sidelined, while the French become the chief antagonists. Longstride is less a socialist rebel than a mere mercenary; it is hard not to feel cheated when Longstride becomes the outlaw we know and love only at the film’s conclusion. Looking beyond the missed opportunity for social commentary, Robin Hood simply fails to hold the attention of its audience. The understandable comparisons with Scott’s Gladiator (2000) that preceded the film’s release turn out to be, unfortunately, completely unfounded. The action sequences, few and far between, are hugely inferior to the awe-inspiring beauty of Maximus’ coliseum battles.

Whether Robin Hood manages to accurately portray England in the 1200s would have to be judged by a critic more literate in medieval history than I. However, what I am no stranger to is Hollywood’s habit of attempting to fix what ain’t broke. By making what is essentially a prequel to the traditional Robin Hood tale, Scott has undoubtedly succeeded in securing a franchise, but has missed an opportunity to make a film that could have had so much meaning and relevance to so many; disappointing from the director who brought us such modern classics as Alien (1979) and Blade Runner (1982). Even on a base entertainment level, the film is light on action and the second act crawls. Suffice it to say, I left the cinema less than merry.