If you were asked to compile a list of the most iconic London locations immortalised for eternity on the silver-screen, the capital’s zoo probably wouldn’t rank too highly. However, whilst seemingly happy to bide its time in the shadow of Big Ben, St Paul’s and Westminster Bridge (now synonymous with the ghostly opening scenes of Danny Boyle’s apocalyptic hit 28 Days Later [2002]), London Zoo has quietly hosted a number of unforgettable cinematic sequences; who can forget the melancholic final frames of Bruce Robinson’s Withnail and I (1987); the encounter between a young Daniel Radcliffe and his serpent antagonists in Harry Potter and the Philosopher’s Stone (2001); or the poignant moment of penguin/human understanding and empathy in About a Boy (2002)? (Well, maybe not the latter) 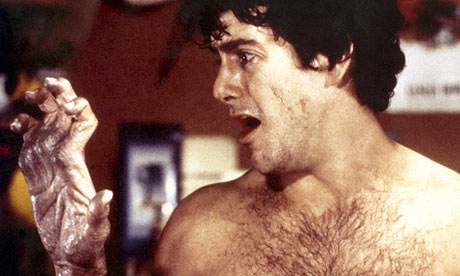 One of the most fanatically adored and highly renowned films to have utilised London as a filming location in the past 40 years is undoubtedly US director John Landis’ cult horror-comedy hybrid An American Werewolf in London, a tale of two young backpackers from “across the pond” who fall foul of a most ancient and horrific curse, first upon the moors of Northern England and then within the nation’s capital itself. The film’s penultimate scenes of death and destruction within the city centre, requiring an unprecedented two nights of intense filming in Piccadilly Circus (the first time a production had been granted such unrestricted access to shoot the area, both before and since) are both exhilarating and horrifying, and more than deserve their place within the annals of horror film history.

However, for Volkswagen’s latest See Film Differently live event (for those unaware, a series of highly popular, free film screenings – a la Secret Cinema), the organizers settled upon a much eerier, atmospheric location for some much anticipated Halloween fun ‘n’ frights. Famously chosen by Landis as newly-made werewolf David Keller’s (David Naughton) final resting place after his first night of lunar-related bloodletting and mutilation, London Zoo once again opened its usually closed doors – as the moon began to rise – to both human and lupine guests alike, and proved to be the perfect location for reigniting feelings of nostalgia and excitement towards one of horror cinema’s all time classics.

After an initially muddled (and somewhat rushed) tour of the zoo’s main attractions and less camera-shy inhabitants, our tour group – a fine blend of both ticket-winning members of the public and journalists – parked itself outside what is now the emu/wallaby/black swan (!?) enclosure for some brief theatrics from a seemingly rattled zoo attendant, informing us that the entire site was now “on lockdown” due to an unfortunate incident involving a naked American, a balloon and an elderly pensioner (for those of you who have yet to see Landis’ horror master-class, an allusion to one of the film’s funniest scenes, where a confused David is forced to cover his modesty with a child’s balloon, having woken up naked in the zoo’s wolf enclosure).

We were quickly ushered into a secure safe haven, which also doubled as a wonderful event space for showcasing some of the most valuable and incredible pieces of An American Werewolf memorabilia still in existence. Highlights included the original animatronic bust used for David’s initial monstrous, dog-like transformation (created by SFX genii Rick Baker and Bill Sturgeon), as well as a large selection of production stills and original storyboards from the era itself, all complemented on the event night by a superb compilation of the film’s tracks, including the now iconic croon-fest, Blue Moon. 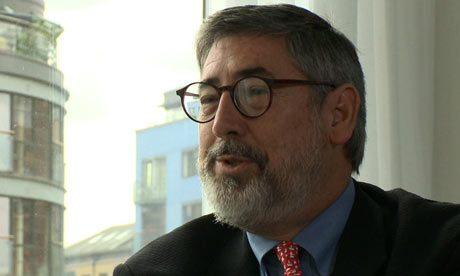 After being more than adequately fed and watered by the event’s extremely affable staff, it was time to sit back and finally bask in the insane comic-gore glory of An American Werewolf once more – unfortunately, only screenable digitally rather than the preferred 35mm print on the night, by the request of Landis himself. Two brief introductions to the film preceded the screening, firstly from Little White Lies’ publisher/devout horror fan Danny Miller, and secondly from filmmaker Paul Davis, director of Beware the Moon (2009), a feature length documentary about the making of An American Werewolf in London.

There is little to add to the discourse of An American Werewolf that has not already been said. Sitting alongside genre-bending classics such as Carry on Screaming (1966) and Theatre of Blood (1973), An American Werewolf’s hugely effective blend of gallows humour, surrealism and Gothic horror is perhaps the greatest horror-comedy ever committed to celluloid. The added bonus of seeing Landis’ classic tale of terror at one of key locations in its production – now over 30 years on – proved just too much to resist for this particular horror fan. It’s just a shame that the emus didn’t seem to share my enthusiasm.