Fresh from its recent BAFTA success comes the DVD release of David Fincher’s highly acclaimed ‘Facebook flick’, The Social Network (2010). The story is simple: Mark Zuckerberg (Jessie Eisenberg) is a geeky computer genius who is dumped by his girlfriend due to his rampant egomania and lack of emotion. He returns to his Harvard dorm room, sinks a crate of beer and along with the help of his friend Eduardo Saverin (Andrew Garfield), create a website which will later become the infamous Facebook.

Along the road to world domination the dynamic duo fall out, sue each other, are themselves sued by a pair of identical Harvard twins (both played by Armie Hammer) who claim Zuckerberg stole their idea, and are also tempted into a world of petty anarchy and loose women by slippery Napster inventor Sean Parker (Justin Timberlake). 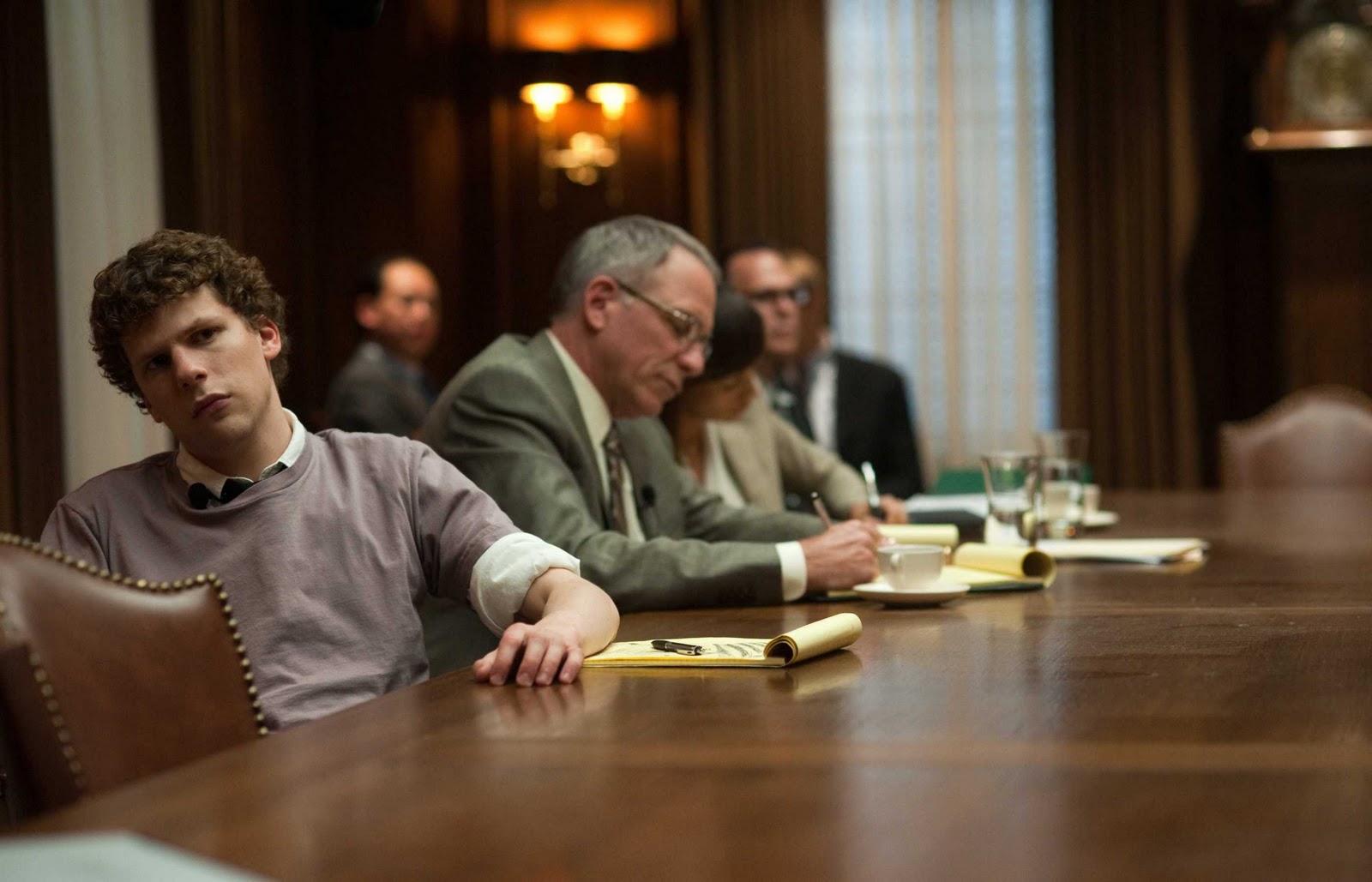 In the hands of amateurs, The Social Network could have been a tedious tale of rich kids climbing over each other for their slice of the money pie, but in the hands of director David Fincher (Seven [1995], Fight Club [1999]) and dialogue maestro Aaron Sorkin (The West Wing) we have been gifted a tight and intriguing two hours of cinema, which despite its subject matter, manages to remain entertaining and thought provoking throughout.

Exactly how much of the story is true is difficult to determine, and for me this is the major flaw in the product. Eduardo Saverin collaborated with Bringing Down the House author Ben Mezrich who wrote the book The Accidental Billionaires upon which the script is based. Therefore, it’s no mystery as to why Saverin is portrayed as being the likeable victim where as almost every other character – without exception – appear to be in league with the Devil himself.

The script does attempt to provide Zuckerberg with a twisted motivation for his actions – apparently, he’s doing it all to win back his girlfriend – but this seems to have been shoe horned into the film in order to give the character a drop of emotional depth. If you take the girlfriend plot device away, Zuckerberg is basically portrayed as being a soulless robot sent from the future; a nerdy Terminator who packs a laptop instead of an Uzi.

Reservations aside, I guarantee you will be debating the authenticity of the The Social Network’s various testimonies for months to come; or, in my case, arguing with your girlfriend about intellectual property rights whilst trying to avoid her wild, swinging right hooks. For my money, any film which has the potential to incite a fist fight is a very worthy effort.