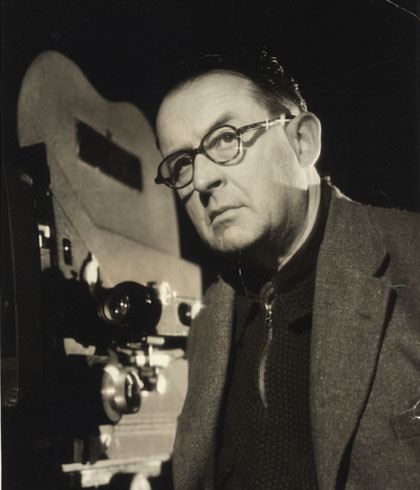 There are as many ways to describe a city as there are people living in it. The Barbican’s ‘City Symphony’ season, part of its Silent Film and Live Music strand, gives us glimpses of urban life in the 1920s – filtered through the imagination of some of the era’s most experimental film-makers. The series opened with Berlin and New York and on Sunday, the focus was on France: with two cinematic collages, of Nice and France respectively, and a third film, a whimsical morsel of science fiction from René Clair.

Jean Vigo’s A Propos de Nice (1929) and Alberto Cavalcanti’s Rien Que Les Heures (1926) are both equally determined to whisk away the curtain and show us the seedier side of their chosen cities. Vigo begins with a flash of fireworks and a swooping birds-eye view of Nice, as if coming into land in a plane, for a holiday.

This sets up a pattern for the rest of the film, whereby the camera alternates between extremely high and low angles – between the glamorous tourists with their oversized furs and copies of the Daily Telegraph and the waiters and streetsweepers who attend to them. The camera swings, loops and finds itself at the top or the very bottom of the palm trees, disorienting the audience – and shaking up our perception of Nice as the playground of the idle rich.

Nice is a city that works hard for a living: we are shown the carnival, but also the labour that goes into building the gurning papier-mache masks. Vigo is trying to make the audience giddy and then bring us down to earth, to repulse us with his close-ups of litter and crispy-skinned sunbathers and to shock us, showing us the grubby petticoats not just of the carnival dancers but of the city itself.

Cavalcanti’s Rien Que Les Heures is even more determined to rub the audience’s nose in the gutter; cutting from classic paintings of Paris to shots of vermin in the city streets, a prostitute picking up a client, an old woman staggering down a back alley. Accompanying on the piano, Neil Brand struck a cooler note for this film, with a sparse introduction that shifted the mood and prepared us well for the film’s more brutal techniques.

At one point, a young toff in black tie with slicked back hair is tucking into a steak dinner, but a POV shot of his plate dissolves to show the slaughter and dismemberment of the cow in the abattoir. The film concludes with a spinning globe and some thoughts about trying to pin down a point in space and time – but Cavalcanti has no pretensions to objectivity here. This film is as dead set on presenting a grim view of the French capital as any Hollywood musical has ever been to sugarcoat it.

However, my highlight of the triple-bill was René Clair’s 1923 Paris Qui Dort – the earliest work here and the only narrative film too. A deranged scientist (Dr Crase) has perfected a “freezing ray” and chooses to let it loose on Paris in the early hours. With the entire city caught in a freeze-frame, the only people to escape its effects are a night-watchman on the top level of the Eiffel Tower and the passengers of a small plane.

This group band together to make the most of their unusually isolated circumstances – mostly, at first, by helping themselves to other people’s wine, jewels and money. They also retreat each night to the top of the tower and the stunning shots of Paris from their perch at the top are the best thing here: our heroes, flirt, fight and throw pearls and bank notes at the edge of the structure, with the city’s avenues far below. Another nice touch is the use of freeze-frames and fast-motion to demonstrate the city falling under the scientist’s spell, waking up, and them “making up for lost time”.

The pace of Paris Qui Dort was slightly hampered by some wordy, though witty, English intertitles that interrupted the action a few too many times for my liking. But that couldn’t stop the film from beguiling the audience. When a crude diagram flashes up to demonstrate the workings of Crase’s ray, several people cheered – we were only too willing to indulge in a little fantasy after the harsh realities that preceded it.