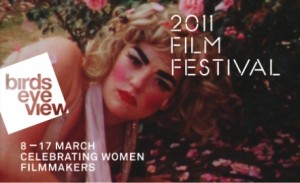 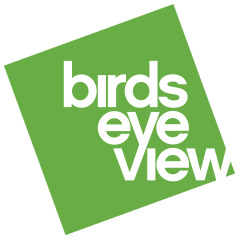 Martin Scorsese, Francis Ford Coppola, Michael Antonioni and Steven Spielberg; what do they have in common? Well, quite obviously they are all extremely well-known directors. The other thing they have in common is that they are all male. How often when reading a newspaper, a magazine or watching a tv show do you get to hear about female directors?

The answer is: rarely. Men dominate film to the extent that women account for only 6% of the industry’s directors, and only 12% of its screenwriters.

The seventh Birds Eye View Film Festival intends to make a sizeable contribution in adjusting the balance. The festival opened this Monday, 7th March – the 100th anniversary of International Women’s Day – and runs for two weeks. Its aim is simple: to increase the profile of women directors, actors and screenwriters by celebrating the abundance of work that comes from the female sector of the industry. This year promises to be their best yet, focusing on a broad range films that celebrate heroines of cinema, past and present, from Lois Webber to Lucy Walker.

Birds Eye View Film Festival, however, does much more than just the two-week festival. Since becoming a recognized charity in 2004 they have gone from strength to strength. They now intend to run throughout the year working with women filmmakers to encourage and support the next generation of talent via a myriad workshops and special events.

During this year’s festival, training is offered in the form of a series of workshops and classes, with opportunities to meet many of the featured filmmakers and discuss their works. The festival showcases, as you might imagine, a host of diverse films across a range of genres.

As well as the workshops there are numerous other special events taking place throughout the fortnight. These include a number of UK premieres, such as In a Better World (2010) by Susanne Bier, a Q&A with Meek’s Cutoff (2010) director Kelly Reichardt (to be reviewed later this week so keep checking the site), and Vision: From the life of Hildegard von Bingen (2009), with an introduction by the director Margarethe von Trotta.

The other big theme this year is the festivals ´Bloody Women´ retrospective, which looks at women in the horror genre. This retrospective will cut across programmes, incorporating everything from modern vampire flicks to a Sound and Silents special event, which explores early gothic and surrealist cinema with new musical scores from experimental musicians such as Imogen Heap and Micachu. There’ll also be a Bloody Women discussion panel with Muriel Gray, Emily Booth and Alan Jones.

Events are going on across London at BFI Southbank, the ICA, Rio and a host of other cinemas. For more information and a complete proram of events, head on over to the Birds Eye View Website. It’s not often that this relatively small, yet incredily hard-working, group of filmmakers are given the proper recognition they deserve, so why not leave your Y chromosome at home this week and check out the Birds Eye View Film Festival.