Last Thursday evening, CineVue was honoured to be invited along to the latest event held by the esteemed British Society of Cinematographers (BSC) – an ‘In Conversation’ with the multi-award winning lenser Roger Deakins ASC BSC. This memorable evening formed part of the BSC’s new initiative, the BSC Club and was the first in their series of ‘BSC Grand Masters’, a newly-coined set of events which will contain a screening of a classic feature followed by an insightful Q&A with the film’s DoP. Following a screening of The Shawshank Redemption (1994), the packed BSC Club audience broke out into a rapturous applause as Roger Deakins was welcomed to the stage by John de Borman.

Wearing a jacket, jeans, beige cowboy boots and a cool ease, Deakins strikes you as a friendly, relaxed and incredibly down-to-earth character. He seems slightly shy and flattered by all the interest in him, one would even say shamefully modest; determined not to let his accomplishments overbear his ego. In his interview, Deakins discussed the limitations that he had experienced on Shawshank and of the budget cuts that affected the production, noting how it was probably for the best in the long run, as many of the “action” scenes were cut, but maybe could be credited as one of the reasons why the film (unbelievably) didn’t succeed at the box office upon it’s release. 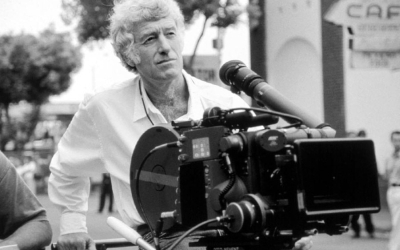 As the Q&A drew to a close, the topic changed to a focus on his current film, the latest instalment of the Bond franchise – at the moment having the suitably plain working-title of ‘Bond 23’. This venture will see him reunite with British director Sam Mendes (with whom Deakins worked on Jarhead and Revolutionary Road) and will be another interesting direction for Deakins to take, being the first truly commercial exploit and studio behemoth he has handled – as well as another notch on his ever growing celluloid belt.

At the end of a truly enjoyable evening we caught up with host, president of the BSC and accomplished cinematographer, John de Borman to discuss the evening and his work within and outside of the society.

Stephen Leach: Could you explain a little about the BSC and what you’re aiming to achieve with the new BSC Club initiative?

John de Borman: I became president 6-months ago and decided as the president along with the board of governors that we wanted to slightly rattle the cage and bring the society into the film community. So many of the brilliant films which are out today are made by our cinematographers and it seems a shame that we don’t share – no film is done by one person, and therefore we’d like to collaborate with production designers, hair stylists, makeup artists, directors…with everybody that makes films.

We are trying to make events where, even people who just love filmmaking, or want to find out about filmmaking, can hear from the best so that you get a rounded feeling of the complications and difficulties of certain films that you thought were easy to make but maybe weren’t. If you are a filmmaker you need to know how easy, or how difficult, a film was to make as well as how these problems were resolved – this is a way of doing it. And then we have a drink afterwards, and it’s a form of networking, and it’s a form of everybody getting into a film community which in this country hasn’t been around.

SL: How did you become involved in cinematography and what was it that attracted you to the profession?

JdB: I was actually a sculpture at first, but I used to make a lot of super-8 home movies and edited them myself. Also, I used to take an enormous amount of photographs, and still do. So composition photography and general filmmaking was part of me, but I was a sculpture at the start. Then I had twins (smiles), and needed to earn money. So I started shooting pop-videos, and at the time pop-videos were the “way” to experiment. I started working with Madonna and Prince – quite big people, but my real love was feature films. With a friend of mine I wrote and directed a feature film and photographed it. It was a low budget film for £30,000 – it’s not a particularly good film so I won’t even tell you the name of it, but it got me going. My first break was Small Faces (1996) – which won the Edinburgh Film Festival “Best British Movie”. And then from then on, I did The Full Monty (1997) and then things build up a bit.

SL: With titles such as The Full Monty, An Education (2009) and Made in Dagenham (2010) to your name, it seems that you are drawn to a number of quintessentially British movies. Is there a particular reason for this?

JdB: I think those are the quintessential films that I have made, Hideous Kinky (1998) as well, but yes I suppose they are, because in a way the British movies that I have done have been better scripts. The American movies that I have done have been more romantic comedies, and OK, not so good, but more fun – I did Serendipity (2001), it was a bit fluffy. I think the British movies are more drama orientated – human stories that are more art-house and probably more what I prefer.

SL: Do you have any main influences to your work?

JdB: I like the spirit of certain films, I still say that I haven’t done my Deer Hunter (1978), because I think that is such a wonderful film in human terms and in terms of describing a dilemma of a period. Also, One Flew Over The Cuckoo’s Nest (1975), which probably isn’t as visual but is very emotional. I like human stories told extremely well and basically try to make films with resonance. If you make a film with resonance, people see it at the cinema and it stays with them, like One Flew Over The Cuckoo’s Nest, I mean I’ll never forget that, it stayed with me for a good week afterwards – it was so powerful.

SL: Are you currently working on any upcoming projects?

You can find out more information about the BSC and the BSC Club by visiting bscine.com.