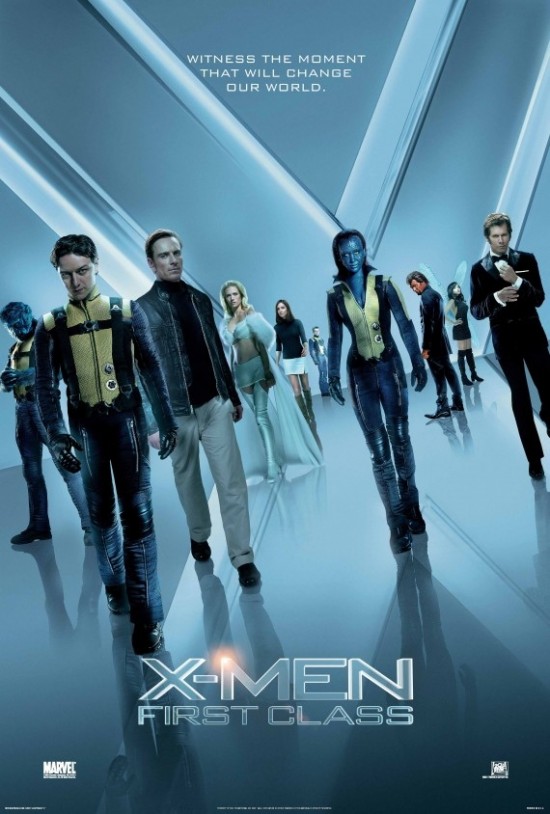 Fanboys and fangirls alike awaited the release of X-Men: First Class (2011) with both baited breath and nervous apprehension, but as far as I’m concerned, this prequel doesn’t disappoint. Perhaps I found X-Men: First Class so entertaining because I have only a vague knowledge of the X-Men story and no solid basis for a comparison with the original Marvel comic but, as is always the case with this sort of film, the fewer expectations, the better.

Although origin stories can occasionally feel like they are merely box ticking, this particular film manages to effectively tell the tale of how the mutants discovered their abilities, how their relationships developed and how they ultimately came down on the side of good or evil.

Leads James McAvoy (Charles Xavier) and Michael Fassbender (Erik Lehnsherr/Magneto) are excellently cast and both actors do a superb job of filling the incredibly large shoes of Patrick Stewart and Ian McKellen, who play their older counterparts in the original franchise.

With films such as this it is often difficult to balance the fictitious nature of the genre with a plot and characters that remain relatable and realistic, particularly to the older viewer. And whilst at times X-Men: First Class feels as though it’s verging on the side of a juvenile, ‘kiddy’s blockbuster’, it manages to avoid, albeit narrowly, going too far into the realms of absurdity. Arguably, what makes these moments easy to forgive is the film’s sense of humour. 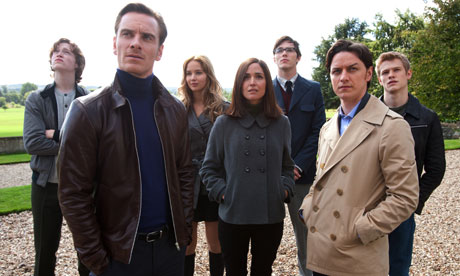 X-Men: First Class’ reluctance to take itself too seriously was, for me, what ensured that the film appealed to a wide audience. The banter between the young and charismatic Charles and Erik is particularly good, as they revelled in using their new found abilities to round up other mutants and shamelessly flirt with women. The comic highlight has to be Hugh Jackman’s cameo, in which the 12A rated film aptly uses its one permissible ‘F’ word.

I also appreciated the potentially controversial parallel drawn between being a misunderstood mutant and a discriminated racial minority and, though the comparison was perhaps a little heavy handedly conveyed, there is no place for subtlety in X-Men: First Class. The scenes of World War II brutality also provide an uneasy and unexpected opening to the film.

Although X-Men: First Class is not the best film of its kind, it certainly does its genre justice. If you’re an original X-Men fan suffering an internal dilemma about whether it will be engaging or merely disappointing, I’d recommend giving it a watch; you might just find that you are pleasantly surprised.