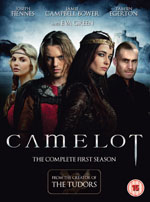 Recently broadcast on Channel 4, Camelot (2011) is the latest take on the timeless legend of King Arthur, and joins series like Merlin and The Tudors in the collection of must-see viewing for fans of medieval and period dramas.

Indeed, anyone who was watched The Tudors will find a lot of similarities between the two series, last but not least the fact that they share the same creator, Michael Hirst, one of the lead writers of Elizabeth: The Golden Age (2007), Il giovane Casanova (2002) and – yet again – The Tudors.

In a misty, almost magical atmosphere, Camelot follows a very young Arthur (Jamie Campbell –Bower) as he is crowned king after his father is murdered. Inexperienced, impulsive, yet eager to take on his new role and show his capabilities, Arthur is accompanied along his journey by the strict but wise Merlin (Joseph Fiennes) who acts as a father figure and guides him as he faces danger and evil in the form of his half-sister Morgan (Eva Green) as well as love and betrayal with Guinevere (Tamsin Egerton).

The story is very linear, following a quite straight cause-and-consequence route which doesn’t surprise, but rather focuses on maintaining the viewer’s attention with well-paced action sequences – and the odd, but quite graphic, sex scene. The action scenes bring along moments of noisy violence which, however, don’t seem strong enough to warrant an 18 rating – one can only imagine such a rating has been brought on by the frequent nude scenes rather than by the act of murders and torture.

Young Arthur is played by pretty-boy Jamie Campbell Bower (of Twilight and Harry Potter fame) who doesn’t do a too bad job of it as far as acting skills are concerned, though he unashamedly uses his good looks to make up for his not-yet-charismatic persona. 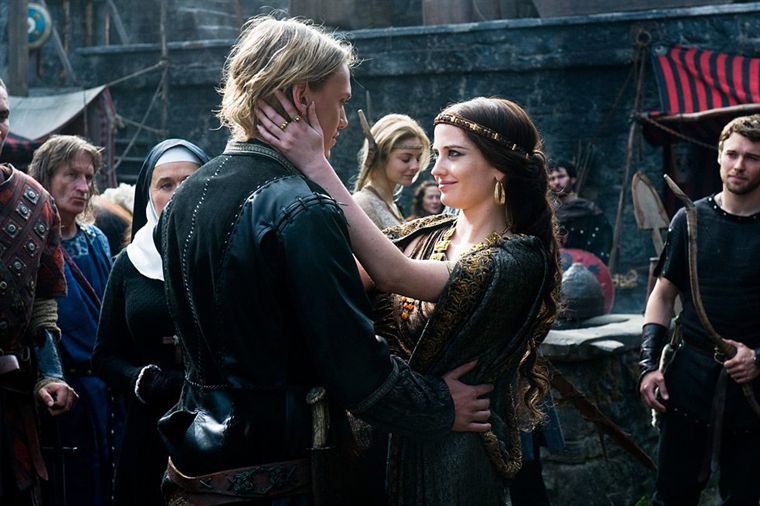 Joseph Fiennes is unsurprisingly good and quite at ease in the role of a brooding, tortured Merlin – although he is given a relatively short screen time, and this pushes him aside in favour of Eva Green’s larger-than-life, terrifying Morgan. Though very theatrical, Green appears confident and very secure from the beginning, and while her acting might seem a little wooden in the first episodes, she rises and develops into the cruel and beautiful villain determined to steal the crown and the power, becoming probably the main focus of the series along with Arthur.

Guinevere, played by English rose Tamsin Egerton, is introduced only in the second episode – following the by now classic formula of representing the female love interest as a strong-willed and brave woman, least she looks like just a damsel in distress. Yet she is still a fragile woman, torn between the love of two men, and Egerton’s presence is not strong enough to prevent her from being upstaged by other characters.

Comprising of ten episodes, the first series of Camelot takes itself very seriously. And while the actors do have skills and passion, there’s nothing really new about the storytelling, which will make it difficult for this production to attract viewers beyond the die-hard period drama aficionados. Sure, there are some interesting moments – like the ‘sword in the rock’ scene, which Camelot reinterprets in a quite compelling way, showing king Arthur as both the predestined strong hero and the young, inexperienced boy.

Yet, everything is just as you would expect: from the storytelling, to the costumes and the special effects, everything is taken from a tried and tested repertoire rather than from the writers’ and producers’ initiative, which means this boxset will find a place on the shelf of only a small niche of viewers.