★★★★☆
Roger Allers and Rob Minkoff’s 1994 Disney classic The Lion King shot straight to the top of the US box office following its 3D rerelease, and few would bet against it doing exactly the same here in the UK. With a stellar voice cast including Matthew Broderick, Jeremy Irons, James Earl Jones, Whoopi Goldberg, Nathan Lane and Rowan Atkinson, alongside Elton John and Tim Rice’s memorable score, The Lion King remains one of the strongest Disney efforts of the 1990s, and arguably its last great, traditionally animated feature.

For those too young to have seen the film the first time around (or via one of the numerous Disney home entertainment releases), The Lion King follows the trails and tribulations of Simba, a plucky young lion club in line to inherit his pride’s savannah kingdom through his father, King Mufasa. However, Simba’s fearless taste for adventure (“I laugh in the face of danger”, he declares) soon lands him in danger, and after a tragic turn of events, Simba is forced into exile, whilst his skulking Uncle Scar ascends to the throne. The film then develops into a coming-of-age drama, as the true heir to Mufasa’s kingdom grapples with both his past demons and inherited responsibilities. 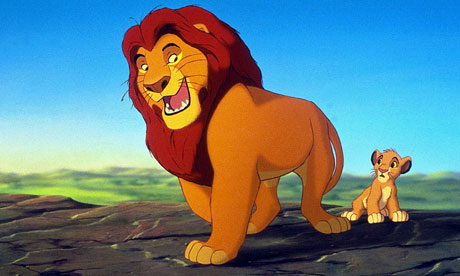 It’s worth pointing out that the 3D restoration adds nothing to the film. Whilst seeing the film projected for IMAX was undeniably a cinematic treat, the three dimensional retrofit doesn’t add anything new, but instead detracts from the original release’s vibrancy and aesthetic impact due to the inevitable 30% colour loss that emerges as a bi-product of the procedure.

It’s extremely easy to peddle off a number of arguments against 3D cinema that we’ve all heard 100 times or more from film critic Mark Kermode, but it takes a film as visually arresting as The Lion King to provide indisputable evidence of how detrimental the retrofit procedure can be in terms of colour and brightness.

Despite substantial reservations over this new rerelease’s 3D aspirations, The Lion King remains a hugely enjoyable, exciting and compelling Hollywood animation for the whole family. Even youngsters weaned on the CGI delights of the Toy Story and Shrek franchises should come away extremely satisfied thanks to an engaging, emotional rollercoaster of a story and a number of addictive song-and-dance numbers that will stay lodged within your head for weeks after.