As the enigmatic real-life star of Varon Bonicos’ 2010 documentary A Man’s Story, Oswald Boateng makes for captivating viewing in what is a well-structured and fascinating film about one of the UK’s foremost fashion designers to the stars. As director, Bonicos spent 12 years documenting Boateng’s personal and professional life, examining his struggles to become the hugely successful designer he is today.

The film opens with a brief examination of what it was like for Boateng as the first black tailor on London’s world famous Savile Row – this issue is central to the overall narrative arc, showing Boateng to be a man who is proud of his Ghanaian heritage. The documentary then shifts to explore the struggle Boateng faced early on in his career, which included having an entire collection stolen from his warehouse and the breakdown of his first marriage. Bonicos’ approach is thankfully free from glib glorification, honestly depicting the ultra-competitive world of fashion and following one man’s struggle towards success. 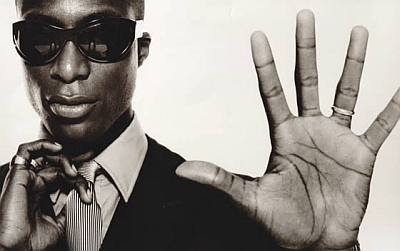 Bonicos chooses to incorporate a number of retrospective voiceover interviews throughout, discussing the key moments in Boateng’s career and providing pace to the film, as well as insightful commentary. The director’s examination of Boateng’s personal life is also sensitively captured, balanced with interviews from his second wife, Russian model Gyunel, who he divorced in 2009. Many of the film’s best moments are those which illustrate just how Boateng struggled to balance his work with his family.

A Man’s Story might appear to be solely aimed at dedicated followers of fashion, yet the charismatic and energetic personality of Boateng seems to transcend this attitude, portraying a man of supreme dedication and talent. High profile African American stars such as Jamie Foxx, Laurence Fishburne, Mos Def and Chris Tucker all feature in the documentary – as do Jesse Jackson and filmmaker Spike Lee – some of whom aided Boateng with his personal project of hosting a fashion shown in his family’s native Ghana. Admittedly, the second half of the film loses some of its initial pace, but the interesting incorporation of short films used in Boateng’s shows and a short interview between Giorgio Armani and Boateng himself help to recover things before the denouement.

Bonicos’ A Man’s Story charts an one man’s incredible professional successes and personal failures in what is an honest and well-structured documentary – truly engrossing viewing, whether you’re aware of Boateng’s work or not.