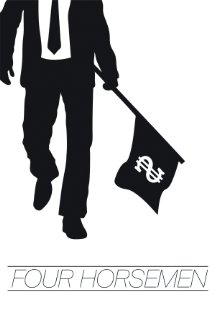 Debut director Ross Ashcroft offers up an independently-produced documentary in the form of Four Horsemen (2012), a film that attempts to explore the consequences of modern western practices that have resulted in the current financial crisis. The ‘four horsemen’ of the title are a series of chapters exploring social inequality, organised violence, debt and poverty control. The central thesis of the film is that these four factors are propelling the world into a meltdown of monumental proportions for future generations.

Four Horsemen unashamedly puts forward a clear agenda, recognising the need for drastic change in global fiscal policies to prevent devastating the next generation. Unfortunately, with the release of Charles Ferguson’s arresting 2011 documentary Inside Job (which deals with very similar issues), Ashcroft’s film feels a little like last week’s news. 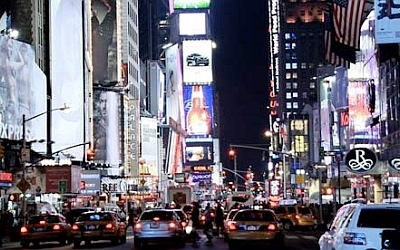 The points raised are still highly relevant, and airing the same subject matter shouldn’t be a cause for criticism per se, except for the fact that the former film is far more in-depth and captivating. However, for those who have little knowledge of these issues, but a general interest in the state of current global affairs, this film provides a great introduction to the subject.

Ashcroft’s documentary is enjoyable and informative in its approach, stripping back to basics by presenting straightforward graphics and illustrations that explain the multifaceted problems and systems. Educational and eye-opening, arguably the film’s greatest quality is that as well as raising issues, it attempts to give answers. The researchers have done their work, and Four Horsemen boasts interviews with over 20 international ‘thinkers’ who provide insight on the issues raised.

As admirable as the project is, a documentary lasting a slender 97 minutes obviously can’t give an in depth treatment to such complex problems, and those better-informed on the topics raised may find it patronising in its swift approach. It’s unlikely that Four Horsemen will spark a revolution, but you will be educated and entertained, and for that alone Ashcroft’s film is well worth a watch.