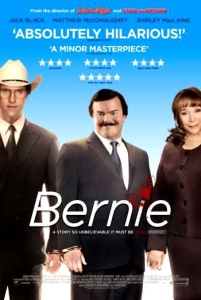 Having languished on the festival circuit for the past few years – including a showing at the London Film Festival back in 2011 – Richard Linklater’s Bernie (2011) finally makes its way into UK cinemas this week, reuniting the School of Rock director with ‘hot-cold’ Hollywood star Jack Black. Black plays the titular Bernie, a small town Texas mortician who enters into a demanding friendship with elderly widow Marjorie (Shirley MacLaine); a relationship which provokes a sort of inquisition amongst the nosey locals. Bernie is an inherently charitable character, loved around the sleepy town of Carthage for his gracious and benevolent nature.

It therefore comes as quite a surprise when he forms a close bond with the aforementioned Marjorie, infamous for her offensive and anti-social behaviour. As time goes by, Bernie soon finds himself taking on something of a subordinate role, as the widow starts pushing him to the limit, preventing him from undertaking the typical community roles that he thrives upon. Bernie thus decides to murder (!?) his elderly friend before covering up her death. It’s then left to the local district attorney Danny Buck (Matthew McConaughey) to get to the bottom of this heinous case. 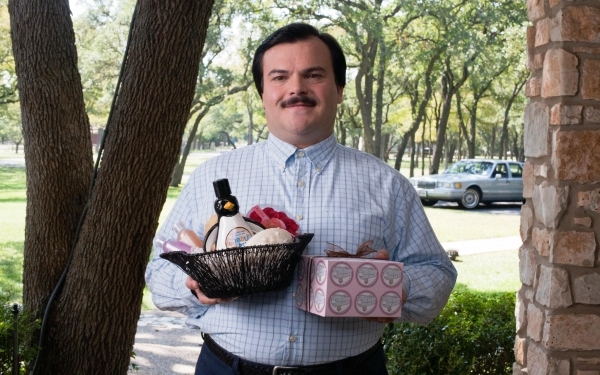 Linklater certainly directs Bernie in an intriguing fashion. It’s effectively set up as a mockumentary, incorporating faux vox pop interviews with local residents to discuss the series of events upon which the film is based. This style, however, isn’t entirely consistent, the interviews intertwined with a more conventional narrative. This juxtaposition works well for the most part, striking a balance between being both naturalistic and far-fetched (albeit based on a true story). The beauty of Linklater’s approach is that we never quite understand our lead character. Bernie appears incredibly kind and sympathetic, and in turn we spend the majority of the film attempting to work out whether he’s being truly genuine or not.

Black fits the role of Bernie like a glove, turning in one of his best performances to date. The ageing MacLaine is similarly impressive as a devious harridan Marjorie, with eyes still capable of lighting up the screen. Ensuring we have a full-house, McConaughey continues his rich vein of form (following on from last year’s Killer Joe and Magic Mike) with another commendable turn – and yet another character replete with cowboy hat. Perhaps that’s the secret to McConaughey recent on-screen hot streak; give the homegrown Texan actor a hat and watch him go.

There are certainly flaws to be found in Linklater’s darkly comic drama. The film’s slow, almost tepid opening scenes initially struggle to fully comprehend Linklater’s own artistic intentions – perhaps one of the main factors that has led to its massively delayed UK release. Thankfully, however, by the time you settle yourself into Bernie, you begin to realise what a brave piece of indie cinema it actually is underneath it all. There’s something heartbreaking about this tale and its bizarre central protagonist, expertly portrayed by Black; it’s just a shame that it’s caught between so many layers of awkward quirkiness.