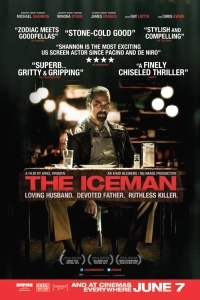 With over one hundred hits to his name, Richard Leonard ‘The Iceman’ Kuklinski was a Mafia contract killer legendary for the coolness which gifted him his distinct moniker. In Israel-born director Ariel Vromen’s stoney-faced The Iceman (2012), we first meet Kuklinski as a young man out on a date with a woman destined to become Mrs. Kuklinski (Winona Ryder). She’s shy and naïve, but ultimately won over by the man’s charisma, devotion and persistence. However, after being recruited by local Mafia boss Roy (a slimy-as-ever Ray Liotta), Richie begins to make a name for himself as a hired gun for DeCavalcante crime family.

Despite a number of murky subplots, Vromen keeps our attention focused on Kuklinski and his family. This is a character study of the guy that you see in many gangster films, the killer in black leather gloves and a trench coat who has few – if any – lines and registers more as a lurking and unstoppable menace. Our protagonist is an outsider, a Polish American who will never be fully accepted or integrated into the Mafia. The killings are mostly delivered via montages, but there is never any doubt of Kuklinski’s murderous tendencies that have been channelled into profitable gain. 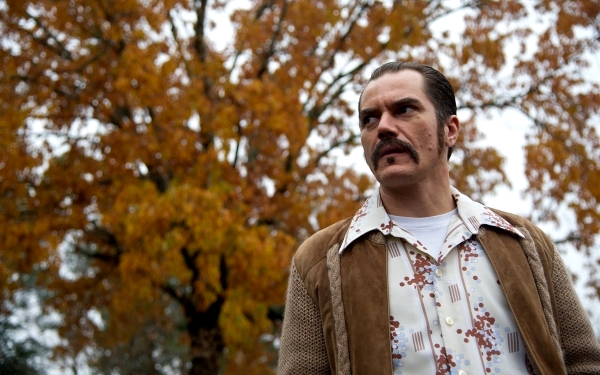 Visiting his child-murdering brother Joey in jail (an almost unrecognisable Stephen Dorf), we gain an insight into a childhood of abuse but also of the growth of a fledgling killer. “You remember when you bashed that kid’s head in with a rock,” his brother yells. Whilst his industrial-paced killing continues, Kuklinski’s family is itself growing. The dynamic in Vromen’s The Iceman’s case is not the typical Mafia collective of flashy wives and spoilt brats. Richie’s daughters are devoted to their dad, and Shannon is brilliant at conveying a hitherto unsuspected softness in their regard. Ryder’s performance as wife Deborah signals a real and continued return to form after her smaller role in Darren Aronofsky’s Black Swan (2010).

It’s certainly some feat that while being fully aware of her husband’s guilt, Deborah can still understand his love of and need to protect those closest to him. Sadly, cameos from some of the film’s other supporting cast members are frankly distracting. James Franco’s turn as small time pornographer Marty is one such example, whilst conversely, Chris Evans – as rival hitman Robert, who partners Kuklinski – is fantastic, playing the role with a sleazy brio, adding much-need humour to the film.

However, The Iceman is undeniably Shannon’s film, and his performance is at once both powerful and nuanced. He never allows us or wants us to fully sympathise with Richie, and he is always threatening even when he is simply taking his kids to the roller-skate rink. Kuklinski was a complex individual, and Shannon does justice to the man with a suitably complex performance in Vromen’s flawed thriller.

This review was originally published on 31 August, 2012, as part of our Venice Film Festival coverage.