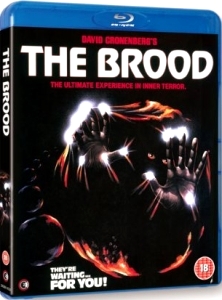 ★★★★☆
Joining the Canadian master’s sci-fi classic Scanners (1981) on UK Blu-ray for the first time thanks to Second Sight, David Cronenberg’s gestating chiller The Brood (1979) has certainly played its part in the re-evaluation of children (and the complicit female reproductive system) as potentially murderous monstrosities. One of the greatest body horrors ever made, The Brood has been overlooked by some commentators due to some dated effects and occasional comparisons to the more lucrative Alien (also released that same year), but has more than enough guile and gore to go toe-to-toe with Scott’s game-changer. 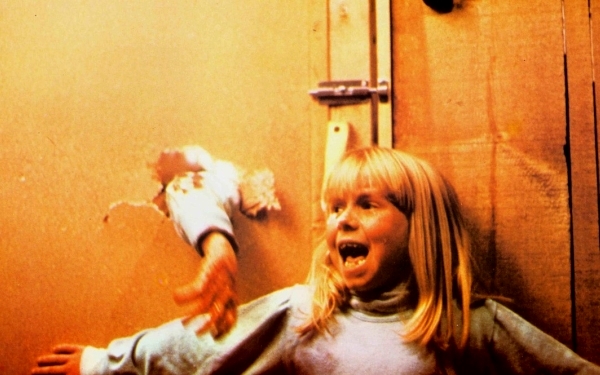 The film begins with concerned father Frank Carveth (Art Hindle) picking up daughter Candice (Cindy Hinds) from the shady Somafree Institute of Psychoplasmics, a secure clinic where ex-wife Nola’s (Sam Eggar) is currently undergoing a course of experimental treatment for her uncontrollable bouts of rage. Run by the shamanistic Dr. Raglan (Oliver Reed), Raglan’s divisive and extremely controversial methods concentrate on unleashing mental trauma through distinctly physical reactions – often resulting in cysts and boils on the patients’ body – before a period of calm. When Frank’s daughter goes missing, her grandparents brutally bludgeoned to death, Frank follows the trail back to Somafree – and Nola.

Far from your average custody battle (Kramer vs. Kramer this certainly isn’t), Hinds’ doll-faced Candice is caught perilously between two warring parents, one of whom harbours a grotesque secret weapon. Complete with one of the most menacing mother complexes in cinema history, Nola wields her terrible gift to blood-shedding effect, unleashing her anger and frustration upon those she deems to have wronged her. Elsewhere – and despite being positioned somewhat on The Brood’s peripheries – the late, great Ollie Reed proves himself more than capable of stealing every scene he happens to grace with his presence. A charlatan and conjurer in the eyes of his detractors, Raglan is (above all) a helplessly inquisitive man who happens to have unlocked his very own Pandora’s box.

Now finally available in crisp high definition (with the exception of a handful of seemingly untouched shots towards the film’s finale) this side of the Atlantic, The Brood sees the undisputed king of body horror honing his visceral eye, whilst at the same time offering up several truly iconic images that have quite clearly endured. For Cronenberg completists, there’s absolutely no reason why this latest rerelease shouldn’t take pride of place in your collection. For those yet to sample such delights, mother is waiting.