A great way to keep costs low, the single location setup has long been a keen ally of the no-budget filmmaker. The key, however, is to find a credible reason for people not to leave. It’s a theatrical device safe in the hands of Tobias Tobell, as at home directing for the stage as for the screen, and his aptly-titled thriller Confine (2013). With a protagonist suffering from acute agoraphobia, there’s almost no compunction to venture outside the walls of her swanky London apartment, but ultimately a bit of fresh air might have done the plot a little good. We follow reclusive Pippa (model Daisy Lowe), who hasn’t left her home in years. 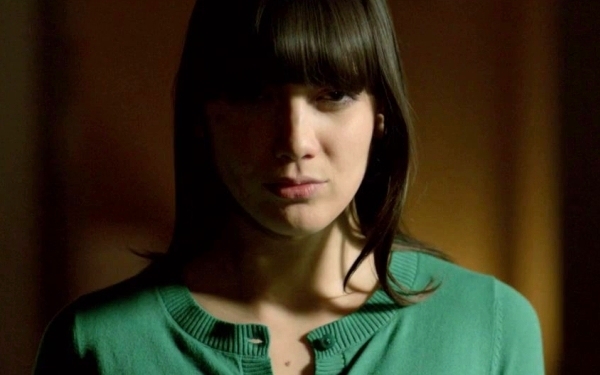 A socialite with a modelling career she suffered serious injuries in a car crash which brought on debilitating psychological trauma that prevents her from stepping outside her front door. Her familial relationships are strained and she finds solace in friends found online. One day, however, a burglary takes place in Pippa’s building and the culprit, the volatile Kayleigh (Eliza Bennett) breaks in and takes shelter in her apartment. Pippa’s crippling lack of confidence leaves her little ability to fight back, but she might have to as the intruder’s behaviour becomes more and more erratic. It’s Confine’s slick premise that allows Tobell (who also wrote the screenplay) to thread various elements into a generic thriller.

The opening act succeeds in creating a palpable tension as the two women initially inhabit the locale without coming into contact and even when they do, the outcome seems uncertain. Daisy Lowe’s performance as Pippa isn’t especially strong, but there’s an underlying question as to which of the two is more unpredictable. Sadly, this all fades as the story wears on and although the fact of the action remaining indoors doesn’t become problematic in and of itself, the restriction it places on engaging and plausible plot development does. This is a particular issue for Kayleigh, who regrettably becomes less and less convincing as the time ticks by.

At the outset, when it’s just Kayleigh and Pippa locked in together, her power is understandable. When Henry (Alfie Allen) arrives on the scene, though, her actions are required to escalate and she must take on a far more menacing air. Visually, Confine really works; it looks far better than a low-budget thriller would be expected to. Tobell and cinematographer Eben Bolter have a real eye for visual flair and manage to keep their cramped location looking interesting throughout; so although the plot lets it down somewhat, this is certainly a signal of intent from its creators.