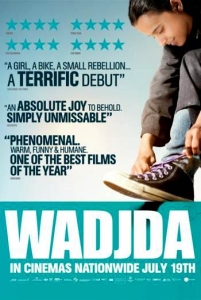 ★★★★☆
Having already made history as the first full-length feature ever to have been filmed entirely inside the Kingdom of Saudi Arabia, Haifaa al-Mansour’s charming debut, Wadjda (2012), cleverly conceals a wealth of sociopolitical complexity beneath its deceptively simplistic central narrative. Featuring a breakout performance from 12-year-old, Riyadh-born non-professional Waad Mohammed as the “spunky little girl” of the film’s title, this even-handed fable portrays the Kingdom as a nation on the peripheries of great change, with gender equality foremost in the minds of thousands of young, aspirational Saudi women. 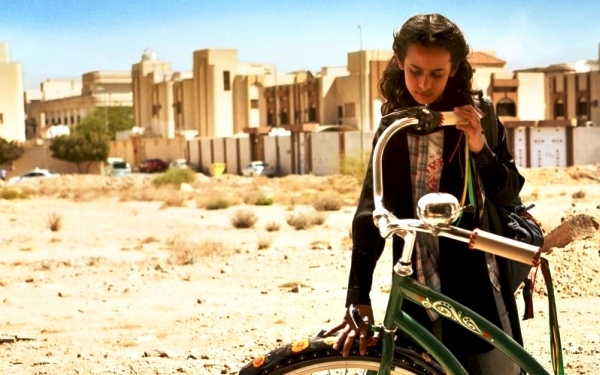 Each day, en route to her all-girls school, Wadjda passes a toy store housing a beautiful green bicycle. Keen to be able to race against a local boy, despite that fact that it’s ‘forbidden’ for women to ride bikes, Wadjda begins her own black market operation in the playground selling ‘illicit products’ such as jewellery. After a few close calls, our protagonists plans are foiled by the school’s oppressive headmistress, leaving Wadjda with once chance to raise the funds she needs; a Koran recital competition with a cash prize for the ultimate winner. With her mother (Reem Abdullah) preoccupied by marital issues, Wadjda must rely on her cunning and ingenuity to memorise the Koran’s holy scriptures and realise her dream.

Blessed with a rebellious streak – seen in her customised sneakers and shoelace bracelets – Wadjda’s bicycle fixation is born not out of latent consumerist desires but the hunger for inclusion. Alienated in school due to her relatively liberal upbringing (one of her young classmates is married off during the build-up to the recital), her only true friends are her conflicted mother and quiet, yet amiable neighbour Abdullah (Abdullrahman Al Gohani), whose moustache-sporting uncle is a local politician. To our plucky heroine, a bike offers both freedom and mobility – the chance to plough her own path through life rather than waiting on the assistance of others. It’s this sense of spirited individualism that makes Wadjda one of the year’s most uplifting, quietly inspirational heartwarmers.

A certain amount of scepticism could potentially be reserved for al-Mansour’s ‘lite’ critique of a nation whose human rights record leaves a lot to be desired – especially in regards to its treatment of women. However, when viewed more appropriately as a piece of modern children’s cinema (filmmaker and historian Mark Cousins would surely approve), Wadjda really begins to come into its own. As with the best work of Disney, Pixar, Studio Ghibli et al, al-Mansour’s sweet-natured debut offers both fun and thought provocation for younger and older audiences alike, belying its complexity with a universal tale that speaks to the many. As the Kingdom’s first recognised female filmmaker, al-Mansour has become one of those rarest things – a true pioneer.