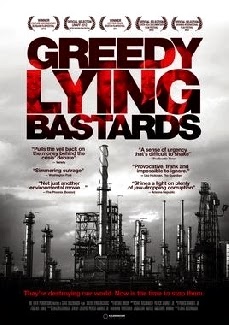 ★★☆☆☆
An obnoxious, Michael Moore-aping battle cry against big industry and its ties to climate change denial, Craig Scott Rosebraugh’s subtly titled Greedy Lying Bastards (2012) may have the very best of intentions, but fails to hold interest due to its fragmented structure and lack of cold, hard figures. It quickly becomes difficult to separate fact from opinion, culminating in a doc far less provocative than Al Gore’s The Inconvenient Truth, Jeff Orlowski’s superb Chasing Ice and other films of that ilk. “It’s time to really hit these bastards where it hurts,” Rosebraugh proclaims – something this petty offering fails to do. 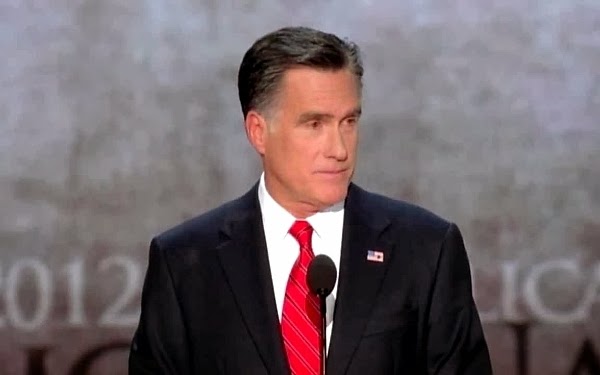 Greedy Lying Bastards sets out to castigate the seemingly reprehensible individuals and organisations responsible for spreading doubt and mistrust on the climate change issue, predominantly through right-wing media sympathisers including – of course – Fox News. With his targets encompassing the Koch Brothers and ExxonMobil, as well as several prominent senators and politicians (Republican Mitt Romney, pictured, being one), Rosebraugh’s passionate attack is undeniably US-centric, only occasionally taking stock to offer up a view of the wider, global picture. As such, “bastards” like Romney – already a ridiculous figure in the eyes of the British media – can’t help but come across as a caricature.

This isn’t to say that Rosebraugh’s latest doesn’t make a whole host of valid points, but it’s the wild sense of vitriol behind them that diminishes their crucial impact. There’s also precious little ‘exposed’ in Greedy Lying Bastards that hasn’t already been thoroughly examined in previous, vastly superior docs, and with events developing on a daily basis this 2012 State of the Union assault already feels more than a little outdated. It’s a shame, as there’s certainly conviction here beneath the swathes of mudslinging and juvenile name-calling.

Lacking the anarchic humour of Moore and the razor-sharp intelligence of an Errol Morris, Rosebraugh narrates his way through this strangely impotent j’accuse like a squeaky-voiced teen finally standing up to the school bullies. Whilst this approach undoubtedly requires heart, there’s sadly not enough in Greedy Lying Bastards to really engage the head with what is one of the great sociopolitical conundrums of our age.