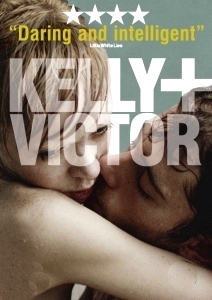 Two attractive strangers lock eyes across the floor of a Liverpool nightclub. On their way back to her place, she ominously informs him that their respective star signs promise sex that will either be devastatingly good, or just plain devastating. What follows details the perilously destructive fling of the titular Kelly + Victor (2013). Based on the novel of the same name by Niall Griffiths, Welsh director Kieran Evans’ drama charts an obsessive sexual relationship posited as the only type of love left in our harsh world. Sadly, any treatise on modern attachment is hamstrung by a clumsy script and dearth of emotional engagement.

After the couple’s ‘meet-cute’, they have sex back at Kelly’s (Antonia Campbell-Hughes) house. It’s this sex, and the thrill that Victor (Julian Morris) finds he derives from asphyxiation during it, that proves the catalyst for their spiralling enthralment. There’s a week before they see one another again, during which time their respective friends are introduced: his are a couple of small-time drug dealers; hers a dominatrix-for-hire. When their tryst resumes, Kelly’s aggression unsettlingly escalates and rightly scares her newfound lover away; but neither can abstain for long and they appear destined to collide once more with patently damaging consequences. 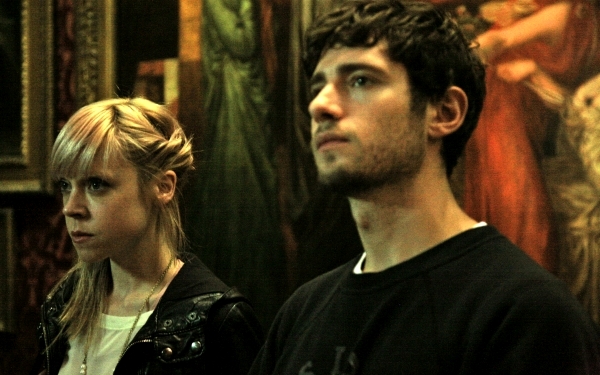 Evans’ film has the makings of a dark and desperate love story, with Victor intoxicated by, and powerless to resist, the person who (quite literally) hurts him. The creators have done an excellent job of crafting an unremittingly bleak world – whether or not that is something to admire will remain in the eye of each beholder. Both characters lead unenviable lives and this has the potential to provide fitting context by which to understand their inability to end their unhealthy affair. Unfortunately, however, this is where Kelly + Victor falls down. The two young leads both provide plucky performances, but they’re hampered by a script that prefers to remain coldly distant rather than ever truly attempting to unpick its damaged characters.

There are hints at previous marital abuse on one side, and youthful dreaming on the other, but they never inspire empathy except in the most abstract and objective of ways. Sloppy dialogue hardly helps, yet Evans’ film also offers sparse reason to care for the star-crossed lovers, or even a real suggestion of an all-consuming passion between them. The majority of audiences, more likely than, will just be left wondering why Victor keeps going back for more abuse, and moreover, why they should care.

The previously mentioned regrettably means that Kelly + Victor is, on the whole, somewhat disappointing. It strives to tackle difficult subject matter but is never really edgy enough, and as an exercise in typical British drama – kitchen-kink, if you will – it fails to engage on the all-important emotional level. Instead of a tale of broken individuals and twisted lust, it plays out as perfunctorily literal exploration of ‘la petite mort’ that leaves its audience feeling as empty as its cold protagonists.