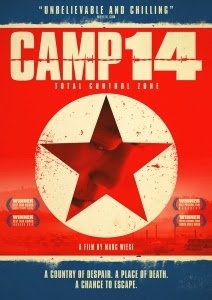 Earlier this year, Joshua Oppenheimer’s chilling documentary The Act of Killing (2013) recreated the events of the 1965 military coup in Indonesia. Approaching equally harrowing material, Marc Wiese’s third documentary feature, Camp 14: Total Control Zone (2012), places us within the barbaric prison camps of North Korea in an arresting tale of human endurance and the savagery of totalitarian governments. It’s an undeniably hard watch, but the story it recounts is more than worthy of audience’s attention. Shin Donh-huyk was a child born into such a camp, only freed after 23 years of psychological and physical abuse. 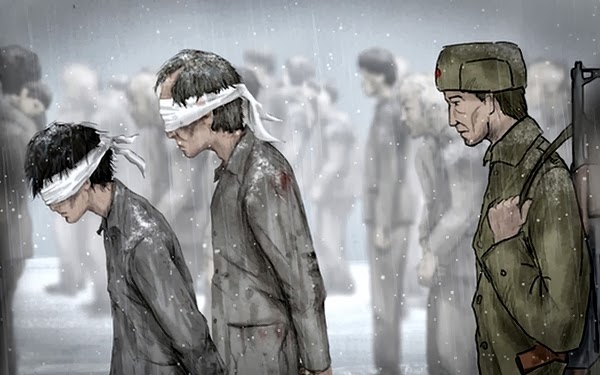 Shin’s upbringing can only be described as traumatic, with his first childhood memory being that of a public execution. Now living in South Korea after the liberation of his camp, Shin recalls his past in a series of candid interviews that at times are almost too painful to listen to. We hear how his father was rewarded with his mother for “good behaviour,” bringing Shin into a world where they were packed into grey halls, absent of furniture and with bare concrete floors to sleep on. These living conditions resulted in desperate acts such as feasting on roasted rats in order to supplement their minimal diet of boiled cabbage soup and maze. Shin’s days were spent working in the coalmines, watched by armed guards.

Whilst he had a mother and father, it would be wrong to say that Shin ever had a family. Suspicion and infighting were rife amongst family members, with the brutal guards fed information by even the closest of relatives. This warped, Orwellian environment caused deep psychology scarring in Shin, made apparent in a utterly chilling moment where he reveals that when he witnessed the execution of his parents, he felt nothing; to him they were merely fellow prisoners. Today, Shin – now 29 – works for numerous Human Rights watchdogs, giving speeches about his experiences. Yet, whilst great effort has clearly been made, he still appears detached, even alarmed by the world beyond the wire.

Throughout his latest doc, Wiese’s primary focus falls on Shin, but he also includes interviews with members of the secret police and prison guards, interspersed with greying, washed-out animated dramatisations. On top of this, Wiese has managed to obtain filmed material smuggled out of North Korea – material that’s certainly not for the feint of heart. As difficult as it is to view all the accounts and footage used in Camp 14, it makes for truly sobering viewing that cuts to the quick, exposing the atrocities the country’s government so willingly commits.